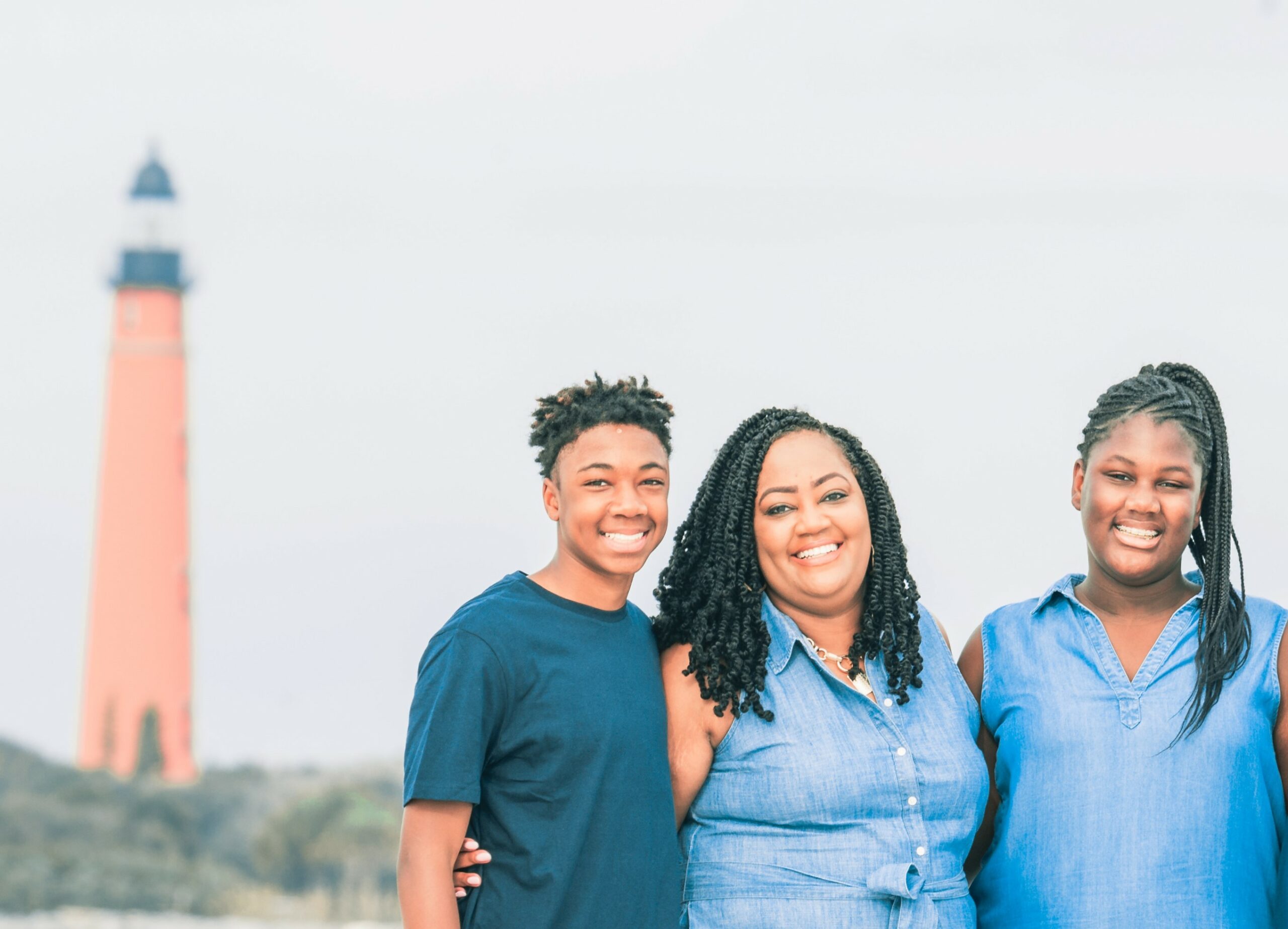 My name is Tai Harden-Moore, I am 40 years old, and I am living with Stage IV, metastatic breast cancer.

My breast cancer journey began in the summer of 2011, when at age 31, I was diagnosed with breast cancer while finishing my first year of law school. During the summer of 2011, I noticed that my right breast was swollen and assumed I was having a reaction to the summer heat or I had been bitten by a strange Florida bug. Over several weeks the swelling got worse, until it was so bad that my right breast was double the size of my left breast. Due to my family’s lengthy history with breast cancer, I suspected this swelling may be cancer related, so I immediately went to the emergency room and begged for testing – a mammogram, breast ultrasound, anything that would give me an answer to what was wrong. Sadly, my concern was overlooked, and my breast cancer fears ignored.

The emergency room doctor performed a physical exam and diagnosed me with a blocked milk duct and prescribed antibiotics (even though I never breastfed and my kids were 4 and 5 at the time). I agreed to take the antibiotics but insisted on a referral to follow up with a breast care specialist for further testing if the antibiotics did not reduce the swelling. After 10 days of antibiotics, the swelling had only gotten worse, so I called the specialist and made an appointment. When I saw the specialist, she opened my gown, looked at my breast, and said “I’m sorry honey, but you have breast cancer. Inflammatory breast cancer, which is very rare and aggressive. I am sending you for an emergency mammogram to confirm”. I was shocked! Following a diagnostic mammogram, breast ultrasound and biopsy, on July 18, at only 31 years old, I was diagnosed with stage III inflammatory breast cancer (IBC). I fought through 18 rounds of chemotherapy, a bilateral mastectomy and 30 skin-burning radiation treatments before being declared “cancer free” in May 2012.

Then in September 2017, after travelling to Orlando, FL, to speak at a breast cancer fundraiser for Compassionate Hands and Hearts Breast Cancer Outreach, I got very short of breath and passed out on the flight back to Portland. When I woke, there was a doctor, a passenger on the plane, assisting me with oxygen and she encouraged me to see a doctor when I returned home.

At first, my doctor told me not to worry. However, as the days went on, I began to fall very ill very quickly. Initially, I thought I had a cold. Then, as my coughing and shortness of breath got worse, I thought I had pneumonia. My doctor treated me with three rounds of antibiotics, but they did not work. I pushed to see a pulmonologist, because I was struggling with every breath and was at risk of fainting or worse. Finally, I was given the referral to the pulmonologist who sent me to see a thoracic surgeon who recommended a lung biopsy. Both the pulmonologist and surgeon suspected lung disease, and we prepared ourselves for that news. I asked if my symptoms could indicate cancer and I was repeatedly told that the images did not indicate cancer because there was no mass, just haze that looked like an infection or inflammation. A few days following the biopsy, while in the ICU alone in the middle of the night, a doctor I had never met came into my room and said, “We have received your biopsy results, you have metastatic breast cancer. There is no cure for metastatic breast cancer, so it will likely be the thing that kills you.”

I was stunned. So stunned that I couldn’t even address his lack of bedside manner. I cried and asked for time alone to call my husband. I told my husband this devastating news at 1:30 am and he broke down crying. We talked and prayed and formulated a plan for the next day, because I knew we had to take this one day at a time.

Once some of the initial shock wore off, I got to work, speaking to my team of doctors and discussing treatment options. I began hormone therapy and oral chemotherapy shortly after leaving the hospital. Unfortunately, that treatment was unsuccessful, and I began IV chemotherapy in May 2018.

Despite being diligent about my breast health, never missing an appointment or scan, I was facing metastatic breast cancer. I had to battle for two months to receive the testing I needed for a proper diagnosis. While getting to the diagnosis was difficult, I am incredibly thankful for the team of doctors I have, who have worked collaboratively to treat me, and from what I hear, have even presented on my rare case of metastatic breast cancer at conferences.

Through this journey I have learned I am own best advocate. I never gave up on advocating for myself and the tests I needed to get the answers I needed. I understand that my health is ultimately my responsibility, so if I am not being heard I will persist until I am. I have made it a priority to encourage others to do the same and advocate for themselves as well. I share my story as a way to educate and inspire others, and I constantly work to bring awareness to breast cancer through my work with Susan G. Komen.