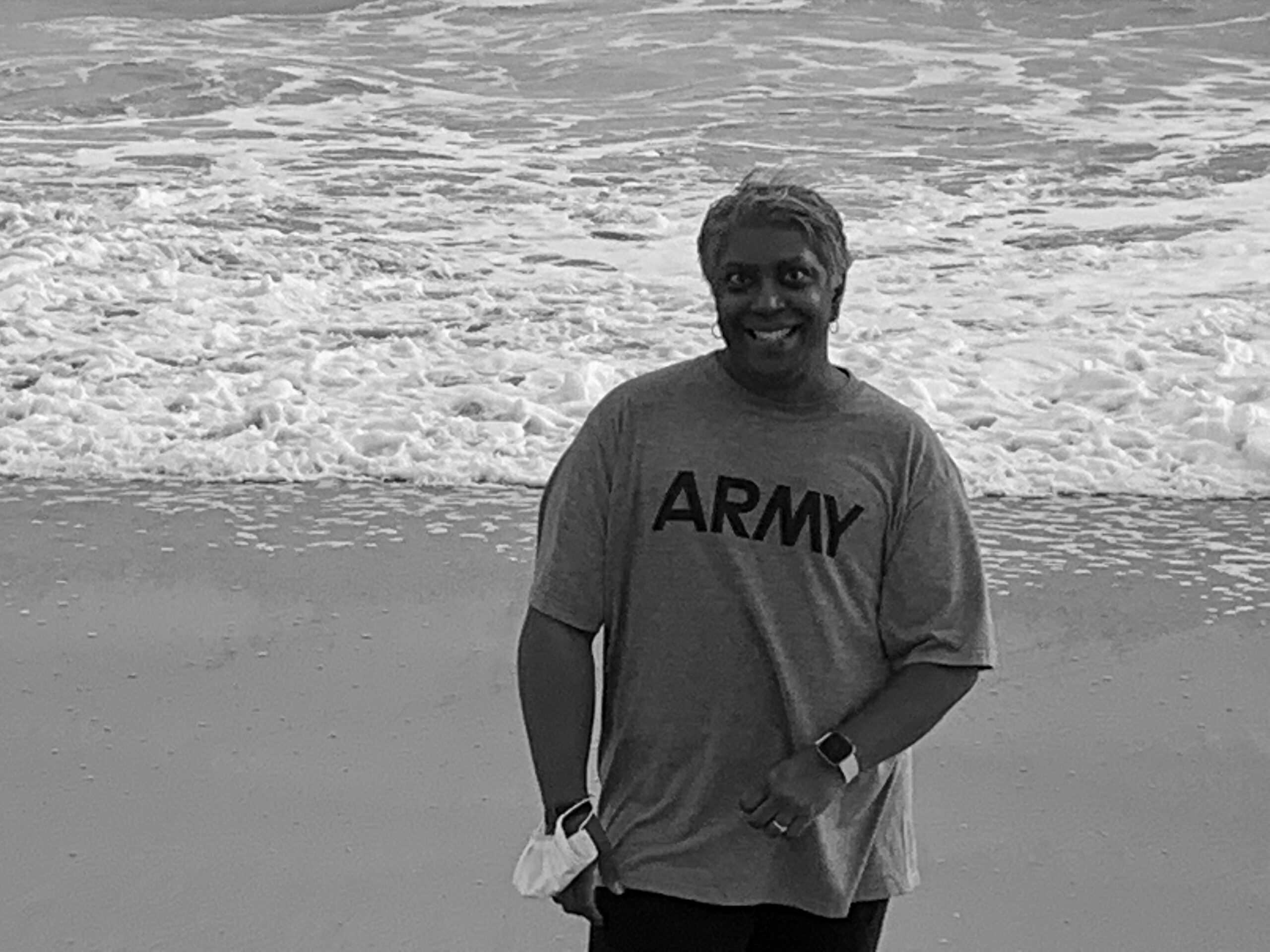 On February 26, 2018, Stephanie Walker was diagnosed with a blood clot in her lung and, a couple of months later, had a mini stroke. Her life immediately changed.

Stephanie could no longer work and lost her health insurance. The loss was significant – it meant she no longer had coverage for her metastatic breast cancer (MBC) treatment. The financial stress and worry started to build.

“I lost my job, lost my insurance, I had nothing,” Stephanie recalls. “So, I went from having a wonderful life, money, insurance, everything, and overnight to having nothing. And that is literally how it happened.”

Stephanie was diagnosed with de novo MBC on July 9, 2015. This means her first diagnosis of breast cancer was at stage IV (the most advanced stage of disease). She was able to work after her diagnosis and was the primary breadwinner of the home. Her training and career as a hospice nurse helped her jump into “emergency mode” following the stroke, and she contacted her doctor, pharmacist, a financial care team, her social worker and anyone else she could think of to find out how she could get help covering her doctors’ bills and therapy.

Since she didn’t have a paying job at the time, she made it her job to find resources to bridge the financial gap she faced for her MBC treatment. “I was encouraged to apply for disability and got my approval within two weeks; how amazing was that?” she says. “But what they forgot to tell me was, ‘You don’t get a check for five months.’”

As the bills continued to pile up, Stephanie spent eight hours a day, five days a week looking for resources and learning how to cut back – to buy the store brand of peanut butter instead of Jif, and to cancel the cable service and find entertainment elsewhere.

It was in those challenging and very real times that the weight of Stephanie’s disease sunk in. She struggled with depression and anxiety and started attending conferences for other women and men living with metastatic disease.

“I went by myself and realized I wasn’t as unique and different as I thought, which was good because that gave me an avenue to talk about my illness without having to worry about saying something to somebody and them not really understanding,” she says.

Finding comfort in her situation led Stephanie to start volunteering at the local cancer center in the eastern part of North Carolina. She would spend time talking with women who had been newly diagnosed or experienced a recurrence and shared her resource list with those who were experiencing financial difficulty. And prior to the COVID-19 pandemic, she would go with women to doctor appointments and help them navigate their care. She has been able to do some of that virtually over the past year.

Through it all, Stephanie says, she’s learned to be her best advocate. Even though she’s married to the best man on the planet and her son and daughter are helpful, at the end of the day, she has to advocate for herself. And she’s teaching other men and women with MBC how to do it, too.

Stephanie’s condition is currently stable, and she has had no evidence of disease since March 2016. She gets treatment every 28 days and feels blessed, even though the shots hurt, and she cries every time.

Stephanie will be sharing more of her story on May 24, 2021 as part of Susan G. Komen’s year-long Metastatic Breast Cancer Impact Series. The event will focus on “Improving Quality of Life” and MBC.