When Pink is Just Another Color 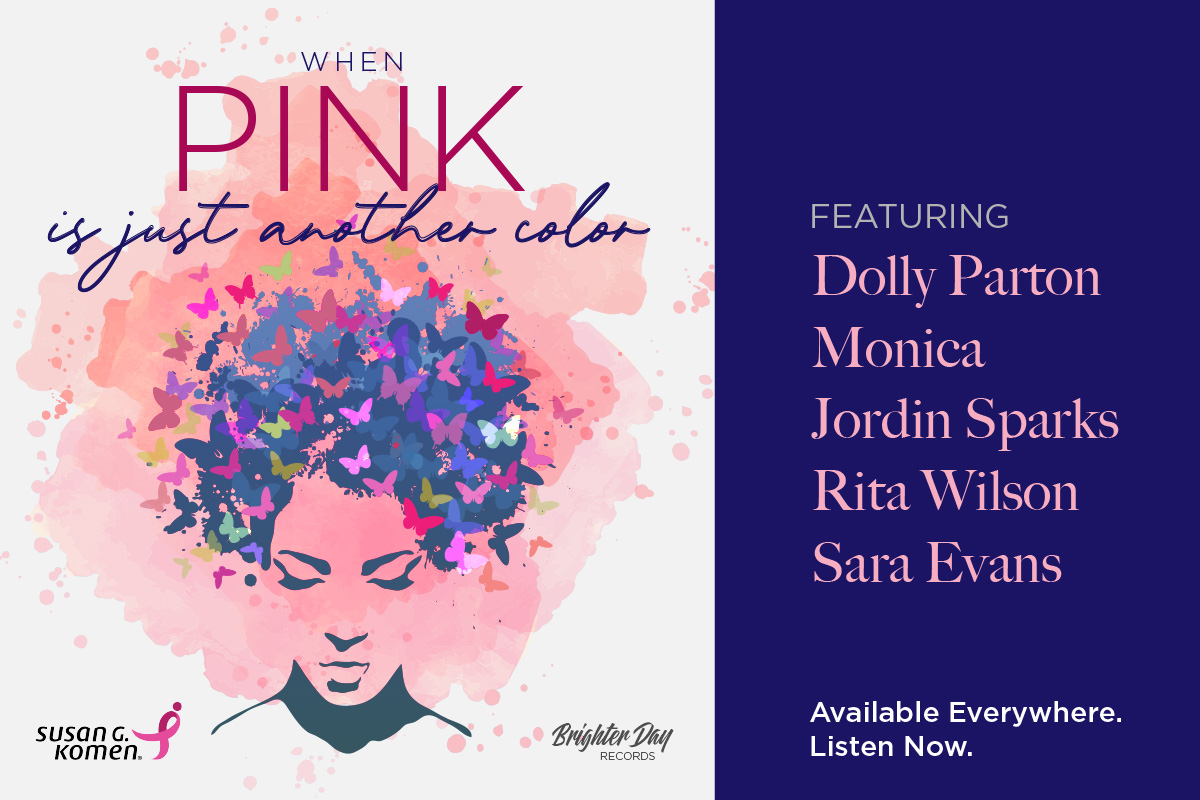 A portion of proceeds from the song “PINK” generated by each song play, stream or download  benefit Susan G. Komen.

Join our Fight. Save Lives.

Your generosity will support breakthrough research and will help people facing breast cancer today receive the care they need to live longer, better lives. Please consider a donation today. Because together, we can create a future without breast cancer!

If you’ve listened to music at all during the past 20 years – and honestly, who hasn’t? – chances are Victoria Shaw’s talent has touched you. The Nashville-based, New York-born, Los Angeles-raised triple threat has either written or produced some of music’s most memorable tunes and performed on the world’s biggest stages. ​ Whether you’re talking about Garth Brooks, Ricky Martin or Lady Antebellum, Victoria’s Midas touch has helped craft music that makes memories.

As a song writer, Victoria often finds inspiration in her everyday life. And that’s exactly what happened with the new song “PINK”.  After seeing a public service announcement for Susan G. Komen®, she thought to herself: “someday pink will just be another color and we won’t have to do this anymore.”

She was moved to bring this idea to life several months later, when during a co-writing session with her friends Jodi Marr and emerging artist, Erin Kinsey, Erin’s manager, Amy Fish, revealed she was a breast cancer survivor. “I was actually in shock,” shared Victoria, “none of us knew that just a year prior Amy had privately gone through breast cancer treatment.”

“It was in that moment that the three of us knew we had to write a song together about a day when breast cancer no longer exists. I don’t know anybody that hasn’t been touched by breast cancer whether personally or just knowing somebody who has or has it,” shared Victoria, “and that was truly the catalyst for this song.”

Once the song was written Victoria connected with Susan G. Komen, and immediately the partnership formed. Soon after, all the stars aligned when five powerhouse performers from country, pop, and R&B – Dolly Parton, Monica, Jordin Sparks, Rita Wilson and Sara Evans signed on to release this new song, “PINK”.  Each artist shares a connection to the fight against breast cancer through the love for friends and family that have been impacted by this disease.

The moving lyrics and vocals provide listeners with hope for a future when no one loses someone they love to breast cancer. As 1 in 8 women will be diagnosed with breast cancer at some point in her lifetime, nearly everyone has or will be touched by this disease that kills more than 42,000 women and men in the U.S. each year.

On behalf of the breast cancer community, we are so honored by the gift of this collaboration benefiting Komen.