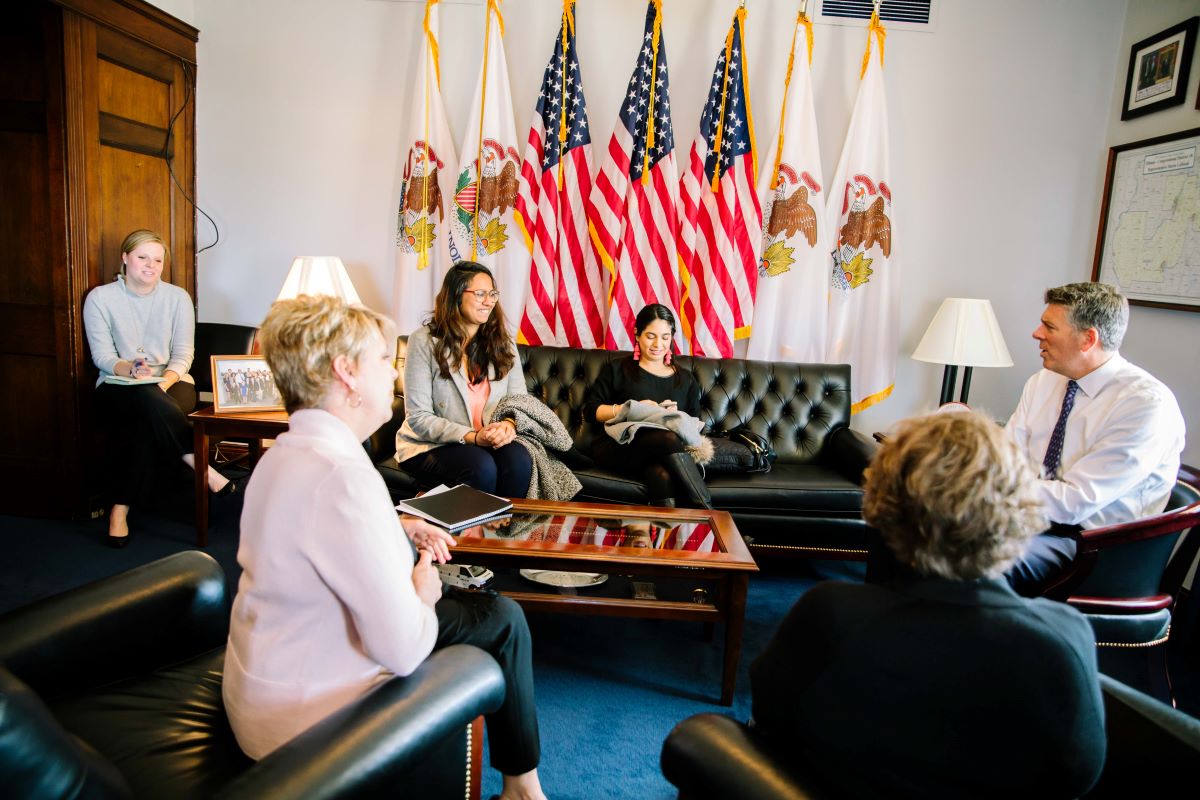 After months of debate and disagreement, lawmakers have finally reached agreement on an omnibus COVID-19 economic relief and appropriations package. The package included many issues that Susan G. Komen advocates have long been pursuing.

Given tough financial times, Komen’s funding priorities will see small increases and mostly level funding for FY21. Investment in critically needed biomedical research remained a priority for lawmakers. The National Institutes of Health (NIH) received $42.9 billion, an increase of $1.25 billion above the 2020 enacted level. This included the National Cancer Institute (NCI) which saw a $200 million bump. The Department of Defense’s peer-reviewed Breast Cancer Research Program received level funding of $150 million, but with the passage of a final budget will be able to issue new grants in the coming year.

At the Centers for Disease Control and Prevention (CDC), the National Breast and Cervical Cancer Early Detection Program (NBCCEDP) was funded at the same amount as last year. This funding will ensure uninsured and underinsured women across the country have access to breast cancer screening, diagnosis and navigation into treatment.

Breast Cancer Funding and Provisions in Expected in FY21

Two priority pieces of legislation specific to the breast cancer community were included in the package. The Breast Cancer Education and Awareness Requires Learning Young (EARLY) Act was reauthorized through 2026 and the authorization level was increased to $9 million. The EARLY Act has empowered the CDC to identify gaps in education between young women and their health care providers, provide grants to local breast cancer organizations that work in assisting young women and create campaigns to educate the public that breast cancer is a disease that knows no age limits. Although many believe that breast cancer is diagnosed only in older women, approximately 11 percent of all new cases of breast cancer in the United States are found in women younger than 45 years of age. Breast cancer is also the leading cause of cancer death among women ages 20 to 39. That is why the EARLY Act is of vital importance for public education.

Additionally, the legislative package enacted the Protecting Access to Lifesaving Screenings Act (PALS) Act. The most recent recommendations from the United States Preventive Services Task Force (USPSTF), an independent panel of experts that makes recommendations for clinical preventive services, stated that screening for women ages 40-49 should only be performed selectively, while women ages 50-74 should only have screening mammograms every other year. Because many insurance companies use USPSTF guidelines as the basis for coverage, 22 million women between 40 and 49 could be at risk for losing coverage for screening mammograms and those 50 and older would only have coverage every two years. The PALS Act extends the moratorium on the implementation of the USPSTF screening recommendations for breast cancer until 2023.

Protections for patients against surprise medical billing (SMB) was also addressed. The bill calls for an independent arbiter who would settle disagreements between providers and insurers over how much to pay for surprise medical bills leaving the patient blameless. The Congressional Budget Office has projected that the SMB compromise fix could save the federal government around $18 billion over 10 years. Komen has signed onto a statement of patient advocacy organizations recognizing lawmakers for coming to an agreement and passing these much needed protections.

The bill also includes other issues of interest to Komen, including provisions to:

However, the relief package did not include state and local aid. If additional legislation is not passed in the new year, this will have broad implications for state budgets and safety-net programs in upcoming state legislative sessions.

Komen’s work in the regulatory space has continued while the omnibus COVID-19 economic relief and appropriations package was being debated. Over the last few weeks, we have submitted and signed onto several comment letters on various regulations. Komen has submitted comments to the Centers for Medicare and Medicaid Services (CMS) and has signed onto a Cancer Leadership Council letter outlining concerns around the Most Favored Nation rule, which could drastically interrupt access to innovative treatments. We have joined the Partnership to Protect Coverage in comments regarding various COVID-19 related policies for Medicare and Medicaid patients as well as commenting on the 2022 Notice on Benefit and Payment Parameters. Finally, Komen, in partnership with the Protecting the Immunocompromised Collaborative, submitted comments to the National Governors Association requesting the concerns of immunocompromised patients, including those undergoing cancer treatments, be considered when prioritizing distribution for the COVID-19 vaccine.

While we want to take time to celebrate these successes, we know 2021 will bring with it need for continued advocacy on behalf of the breast cancer community. Join Komen in these efforts by becoming an Advocacy Insider today!