The Reality of Breast Cancer: A Diagnosis at 32 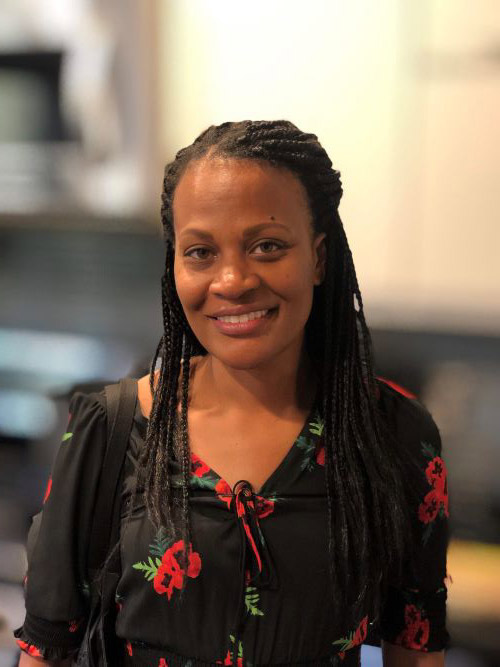 Monique Robinson, 36-year-old attorney from Los Angeles, was diagnosed in July 2015 – at age 32 – with stage I breast cancer. With no known family history of breast cancer, Monique found herself shocked and confused by her diagnosis. Not only did it seem random, but it was random at a young age. This is her story.

Law student Monique Robinson discovered a lump in her breast in 2007. She went to her student health center where they directed her to a radiologist who wasn’t concerned and recommended she come back for a yearly scan just to be safe.

Three years later, living in Los Angeles and working at a law firm, Monique’s new doctor, Dr. Holmes, performed a biopsy and found abnormal cells in 2011. The abnormal cells showed intraductal papilloma. At 28 years old, Monique and her doctors continued to observe the area and conducted annual ultrasounds, and eventually mammograms, for the next few years.

While Monique was in the process of switching jobs, she found a new lump in 2015. Her doctors performed a mammogram and an ultrasound before ultimately deciding that she should come back in for a biopsy. It was then that Monique was diagnosed with stage I breast cancer. “My worst fear was realized,” she recalls.

Arming herself with as much information from Susan G. Komen’s About Breast Cancer resource as she could, Monique vowed to take charge of her treatment path. That meant making the difficult decision of being genetically tested for BRCA mutations in 2015. Thankful that her tests came back negative, Monique continued on with her treatment. In August of 2015, Monique underwent a skin-saving, nipple-saving mastectomy on the cancerous breast. She came out with clean margins and no lymph node involvement. After deliberating with her husband and her medical team, Monique began four rounds of chemotherapy based on her Oncotype DX score. Upon completing chemo, she moved onto the reconstruction phase, with a 10-year prescription of Tamoxifen on deck.

For the next 16 weeks and with a new lease on life, Monique participated in a research trial that studied the effect of regular cardio and weight training on breast cancer patients. Things were looking up, but in February of 2017, Monique, now 34, felt another lump on the same breast.

Wasting no time, she went to her medical team. Her radiologist immediately scheduled a biopsy. “When they didn’t push back on my getting a biopsy, that’s when I knew something was wrong,” said Monique. In March 2017, she was diagnosed with breast cancer for the second time.

“The first time I was diagnosed, I just figured I was unlucky, but I always felt confident that I would be fine,” recalls Monique. “When the breast cancer came back, my first thought was that it was because I didn’t do enough the first time around. After some time, I realized that no one was to blame for my recurrence, including myself.”

Deciding on a more aggressive approach, Monique underwent a full, double mastectomy for safe measure. A post-mastectomy PET scan showed a nodule in inner-mammary lymph nodes that her team expected was cancer. Not giving up, Monique completed four rounds of chemo followed by 30 rounds of radiation and six months of oral chemo.

Since completing her double mastectomy, treatment and reconstruction, Monique, now on a more aggressive form of hormone therapy, has no evidence of the disease. “I’ve had a few scares since then, but I’m all good,” she says. “I’m grateful, but I’m also pragmatic, so it has been really important for me to monitor myself and be vigilant about my check-ups.”

It is because of people like Monique Robinson that we at Susan G. Komen continue to work day in and day out to end this horrible disease.