An Update on Genetic Testing for Breast Cancer – Komen Perspectives 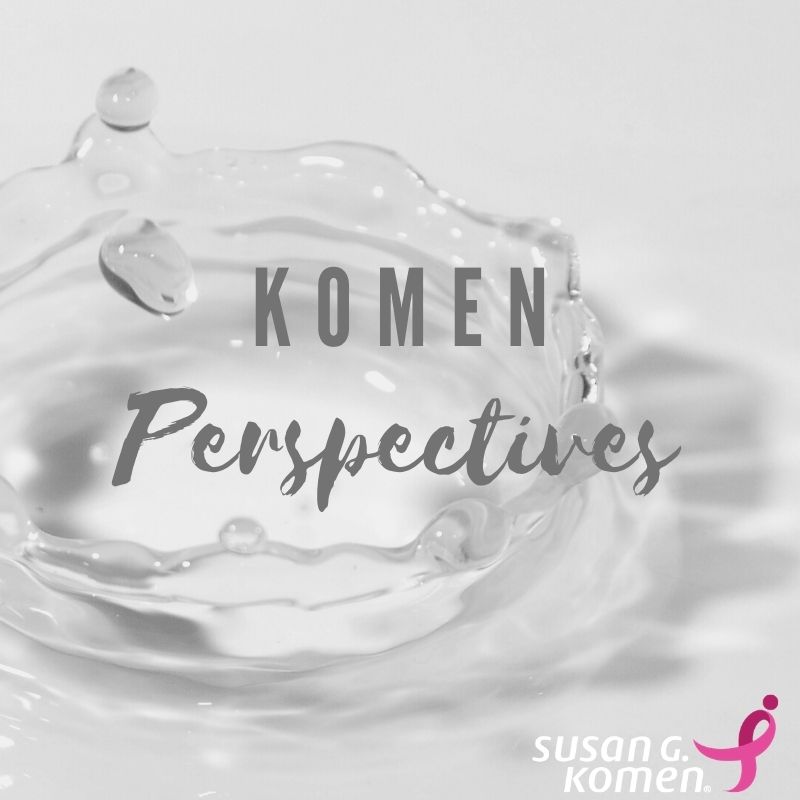 The link between family history and breast cancer was well known even before actress Angelina Jolie revealed she had a gene mutation that greatly increased her risk of the disease.

Ms. Jolie’s story has certainly pushed the issue to the headlines. It’s sparked a great deal of interest in genetic testing for breast cancer, leaving many women to ask if it may be right for them – and for their families.

In addition, the study of genetics and breast cancer has evolved rapidly over the past decade. In the past, genetic testing looked at only one or two genes, but now panel or multi-gene testing is becoming more common, even though the research in this area is still ongoing.

How many breast cancers are caused by family history and genetics?

The risk from different types of inherited gene mutations can vary greatly. Some slightly increase breast cancer risk, while others (like mutations in the well-known BRCA1 and BRCA2 genes) greatly increase risk.

Although family history and genetics are important risk factors for breast cancer, they account for only 5-10 percent of all cases in the U.S. [1]. This means most breast cancers are not due to genetic factors, such as BRCA1/2 mutations.

What genes are known to increase breast cancer risk?

In addition to BRCA1/2 mutations, other gene mutations known to increase breast cancer risk include [2]:

How common are BRCA1/2 mutations?

The percentage of people in the U.S. with other high-risk gene mutations is less well understood.

How much does a BRCA1/2 mutation increase risk?

These compare to an 8 percent chance of developing breast cancer by age 70 for women at average risk in the U.S. [5]. (Lifetime risk of breast cancer, up to age 85, is about 12 percent [5].)

While these risks are very high, a BRCA1/2 mutation does not guarantee that women will develop breast cancer.

Women with BRCA1/2 mutations are also at risk for ovarian cancer [1].

Who should consider genetic testing?

Genetic testing is only recommended for people whose personal or family history of breast cancer shows they might have a genetic mutation that increases the risk of breast cancer.

For example, testing is recommended if [2]:

Websites such as the Centers for Disease Control and Prevention’s Know:BRCA can help you work through your family history to see if testing may make sense. However, such tools should only be a starting place.

There are many things to consider before genetic testing. So, it’s important to talk in detail with a trained physician or genetic counselor to see if testing is right for you.

What are the different types of genetic testing?

The study of genetics and breast cancer has evolved rapidly over the past decade.

Traditionally, genetic testing looked at only one or two genes, focusing most often on BRCA1/2.

Increasingly common today is testing for BRCA1/2 along with multiple other high-risk gene mutations (called panel or multi-gene testing).

The evidence on panel testing is still developing. However, some studies have shown it can accurately find BRCA1/2 and other important high-risk mutations that can help manage a person’s breast cancer risk [2,6-7].

Because panel testing is still relatively new, the specific set of mutations assessed can vary from test to test. This can have an impact on how results are interpreted and how the information is used [2].

As with traditional genetic testing, panel testing should only be done in a medical setting after a detailed discussion of risks and benefits with a trained physician or genetic counselor [2,8].

What about at-home genetic testing?

The U.S. Food and Drug Administration, U.S. Federal Trade Commission and Centers for Disease Control and Prevention all caution against the use of at-home testing kits.

Only testing in an in-person medical setting provides the accuracy and expert counseling that are essential to genetic testing.

What happens during genetic testing?

The test itself is very simple. A small blood or saliva sample is taken and sent to a lab to be analyzed.

Results can take several weeks to come back and are typically sent to your physician or genetic counselor.

Health insurance usually covers the cost of genetic testing for people considered at risk for having a breast cancer gene mutation (when it is recommended by a health care provider). However, if you have questions about coverage, talk with your insurance provider.

What if I have a gene mutation that increases risk?

It can be a shock to learn you have a gene mutation that increases your risk of breast cancer.

However, if you have a mutation, there are steps you can take to lower or manage your risk.

Women with a BRCA1/2 mutation typically have three options:

Each choice has benefits and drawbacks, which should be discussed in detail with a trained physician.

Guidelines for managing risk in women with other high-risk gene mutations are less clear, but developing.

Additional screening is most commonly recommended, with preventive surgery an option in certain cases [2].

Most breast cancers are not due to family history or genetic factors, such as BRCA1/2 mutations.

Genetic testing is only recommended for certain people at high risk based on their personal or family history of the disease. Testing should only be done in a medical setting with a trained physician or genetic counselor.

BRCA1/2 are the most well-known gene mutations and greatly increase breast cancer risk. Women with these mutations can often take steps to manage or lower their risk.

Expanded panel testing for BRCA1/2 and other high-risk mutations is becoming more common and can provide useful information about breast cancer risk.

Komen Scholar, William Foulkes, MB.BS., Ph.D., James McGill Professor of Human Genetics and Oncology and Director of the Program in Cancer Genetics at McGill University and Head of the Cancer Genetics Laboratory at Lady Davis Institute for Medical Research at the Jewish General Hospital shared his thoughts on genetic testing.

Moreover, the Supreme Court of the United States determined that DNA in its native state was not patentable. Many companies are now offering genetic testing and the costs have fallen dramatically.

What is Komen doing?

Since 1982, Komen has invested more than $28 million in research focused on hereditary breast cancer.

As a result of this research we have learned that:

Komen has also invested more than $5 million in research specifically focused on the psychosocial and other aspects of genetic counseling and testing for hereditary breast cancer.

Genetic Counseling and Testing for BRCA1 and BRCA2 Mutations

Options for Women at Higher Risk