An 11-Month Journey to Learning I Had Inflammatory Breast Cancer 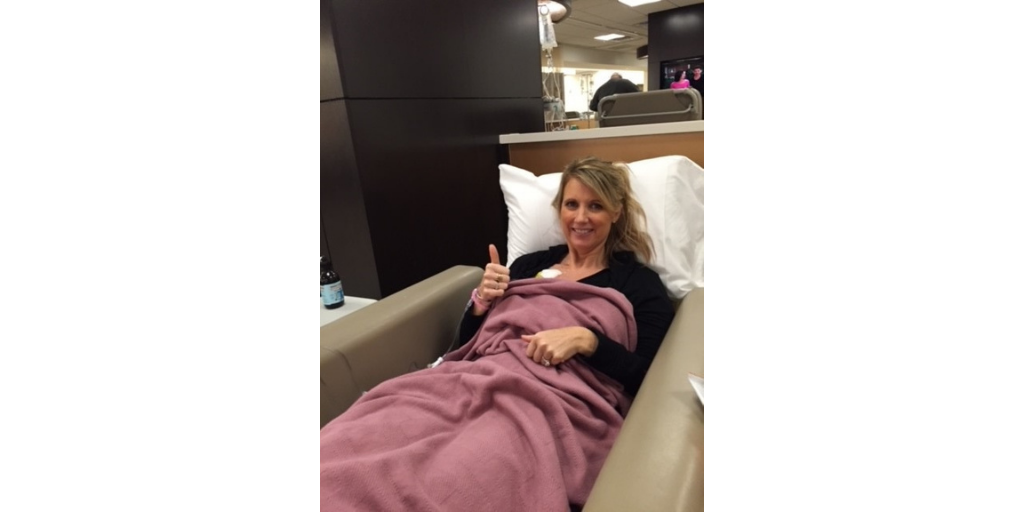 At age 44, I was healthy and feeling great. I had just been to see my OBGYN for an annual exam in 2015 and he told me everything looked good. He brushed off a pink’ish patch on my left breast and told me that I might need larger bras.

A few weeks later, I got a letter from my OBGYN going over my blood work results and remember the letter saying how great my health is. So naturally, I, too, brushed off the pink patch.

But the pink patch grew in size. It became dense and the skin felt thick and then my left nipple started to look strange – kind of like it was inverted. I made another appointment with my OBGYN and told him I was experiencing pain behind my left breast and drew his attention back to the pink patch indicating my new findings.

I’ll never forget what he said to me next. “Cancer doesn’t hurt. So, the fact that you’re in pain is actually a good thing.”

I was concerned, though, and couldn’t ignore my signs and symptoms. The doctor insisted the pain was probably just a muscle strain from working out but agreed to send me for a diagnostic mammogram. It came back normal and since it was my first, I accepted that everything was OK.

But the pain was spreading. Within a few months, I had stopped using my left arm because it hurt so bad and I could barely lift it over my head. When the pain spread to my lower back – to the point I couldn’t sit down or get up by myself – I knew I needed to see a doctor, again.

This time, I asked my general practitioner for an MRI on my back and arm but was told my insurance wouldn’t cover it without blood work and physical therapy. The blood work revealed some inflammation in my body, and I was given the diagnosis of arthritis, and a prescription for six weeks of physical therapy.

The pain continued to spread. It was radiating up and down my left arm and physical therapy didn’t make anything better. I was growing exasperated with the situation and the discomfort and my OBGYN was growing frustrated from my phone calls. I continued to tell him my nipple was inverting, and the breast didn’t look right so he agreed to send me to a breast specialist.

The breast specialist diagnosed me with mastitis, which at the time, seemed odd since my daughter was 6 years old and I stopped nursing her years before. But I was relieved by the news that nothing seemed to be wrong and skipped out of his office with a prescription for an antibiotic. Two weeks later, nothing had changed.

I went back to see the breast specialist – this time, armed with Google results for “redness in my breast.” I had read for the past few days about inflammatory breast cancer (IBC) and while I had terrorized myself in the process, I had also convinced myself that I had IBC.

Patients with IBC are often diagnosed with later stages of the disease, in part because IBC presents in a different way and is harder to detect. About 30 percent of patients are initially diagnosed with stage IV, or metastatic disease, which means their breast cancer has already spread to other parts of their body.

With my permission, the breast specialist shared a photo of my breasts with a breast surgeon. The surgeon cleared her calendar and asked me to meet with her that same day. While I was relieved that the doctors were finally taking my symptoms seriously, I was frightened about what I was about to learn.

Later that day a breast ultrasound confirmed what a mammogram could not. I had IBC. Multiple biopsies later, I was told that it was stage IV. During those 11 months, and after my glowing health report from the OBGYN, this cancer had spread to my bones and liver. My cancer was incurable.

I started six brutal rounds of chemotherapy right away. I had an oophorectomy (surgery to remove my ovaries and fallopian tubes) next because my cancer was estrogen and progesterone-positive and I didn’t want to live the remainder of my life on hormone therapy. I had my left breast and all my lymph nodes removed and then went through 20 rounds of radiation. I later had my right breast removed after something on it didn’t look quite right.

In hindsight, I wish my doctors would have ruled out cancer first. After all, that is what I feared the most. It felt like they were looking at all the minor things that could have explained my rash and inverted nipple – taking the path of least resistance.  I recall one doctor asking me, “What are you afraid of?” My response was clear, “Inflammatory Breast Cancer.” My gut told me it was cancer from day one. Eleven months later my worst fear became a reality.

Five years later, I am feeling good and can chase after my 11-year-old just like all the younger moms. I’ve been blessed that I’ve made it through my treatments and can tolerate the infusions and oral chemotherapy I’m currently on.

I learned early on that if I could get my head right then my body would follow. My sister gave me a bracelet that read, “LOVE > cancer.” That has become my mantra. I have found strength in educating and helping others going through treatment. I started an IBC support group in Dallas, and I am a Board Member for the Inflammatory Breast Cancer Research Foundation. You are your own best advocate!

*We need to know more about IBC to better diagnose it and have effective treatments. We need more understanding of the biology of IBC, we need better clinical data specific to IBC patients, and we need more shared information to improve outcomes for IBC. That’s why Komen, the Inflammatory Breast Cancer (IBC) Research Foundation and the Milburn Foundation® are committed to supporting research to better understand, diagnose, and treat IBC.