Stage IV Metastatic Breast Cancer With No Evidence of Disease 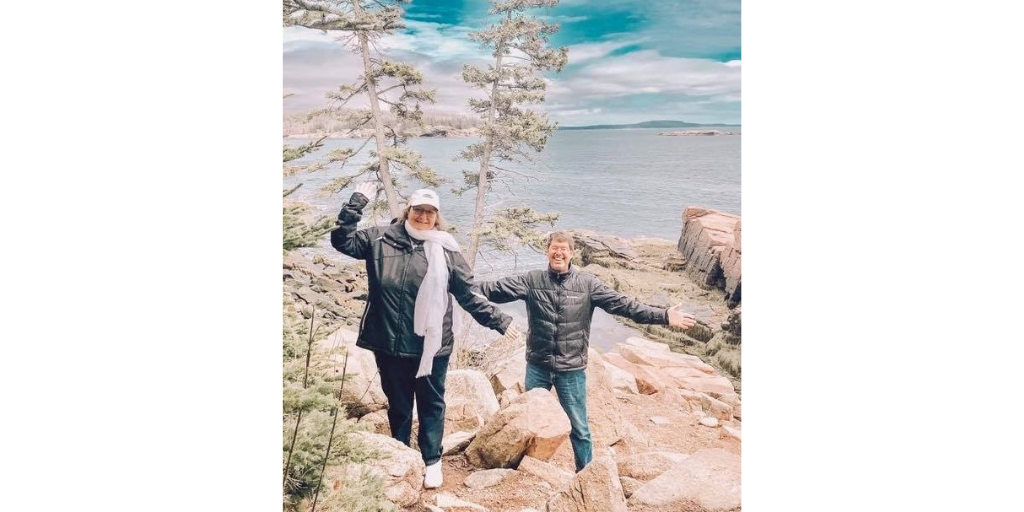 How is that even possible? My name is Janet and my journey to that diagnosis has been just as strange as the diagnosis itself. In December 2014 after a shower, I noticed a dent in my left breast. I wasn’t concerned because I thought breast cancer starts with finding a lump. I called my doctor anyway. I was wrong about the lump; that dent was just the beginning.

I have been a cancer patient for over 5 years, or I should say a cancer survivor for over 5 years. Since that dent was found in 2014, I have done everything I could to stop being a patient, including 9 different chemo drugs, 60 radiation treatments, 6 surgeries, 7 biopsies, plus countless scans. I was originally diagnosed with Stage 3B triple estrogen positive breast cancer. Since then, my markers have changed two times and I’ve had an open wound for 22 months and over 17.5 cm of cancer in my left breast and in the skin of my chest wall. I have been to Duke for a second opinion and treatment, and then to Mayo Clinic for a third opinion. I have 5 scars and lost my hair 3 times. Then in December 2018 I was told I have “Stage IV metastatic breast cancer with scans showing no evidence of disease.”

I started doing what I’ve done since I found that dent: Asked my doctor many questions, talked to my mentor, talked to my counselor, researched and prayed. I was able to peel apart my diagnosis, which helped me so much. Stage IV metastatic breast cancer does not mean I am terminally ill. Stage IV means my cancer is now incurable; not terminal but chronic, and something I will live the rest of my life with. Ok. Metastatic means there is cancer somewhere other than the original site. I have breast cancer cells in the skin on my chest wall. No tumors, but there’s cells there for sure. Ok. Now for the ‘No Evidence of Disease’ part of my diagnosis. NED is something I longed to hear, however tacked onto the rest of the diagnosis, it doesn’t make sense. But it does in my case. My scans continue to show there is no evidence of disease. No tumor growth anywhere. I am still an metastatic breast cancer (MBC) patient because of the cells the pathology report confirmed were still in my skin.

It has been almost 2 years since I was diagnosed with MBC. Of the 6 years since I found that dent, the past two have been the best. We have travelled, celebrated life events, watched our granddaughter grow and, with the exception of a monthly trip to Duke, cancer no longer controls my days. I am living my best life, feeling great and hopeful in my future.