How Do You Thank Someone For Time? 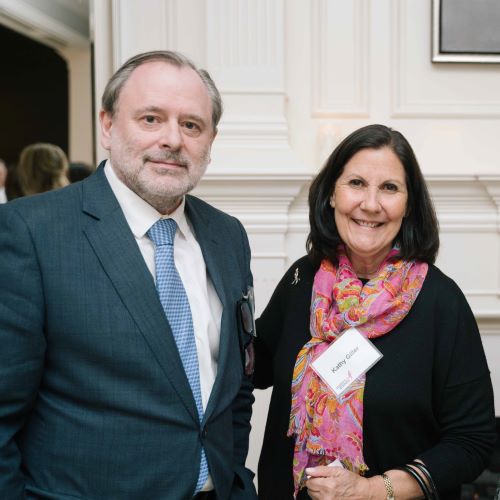 It is almost three years since I lost the love of my life.  My husband, Lee, died from metastatic breast cancer just shy of his 60th birthday. I still grieve for him and find myself pleading for just one more day.  He was the greatest father, husband, son and grandfather in the world. He was my best friend.

When you are living with metastatic breast cancer, time is all you crave. Time to be with the ones you love, time to create new memories for those who will be left behind and time to be grateful for the time you have. Time is everything when you learn that suddenly time will be short.

Oncologists shift their treatment goals in much the same way. When Lee was first diagnosed with Stage II breast cancer, seven years prior, the goal was to try to eradicate the disease. Stage IV treatment becomes a balancing act between trying to slow the progression of the disease, while preserving the best quality of life for as long as possible.

When Lee was diagnosed with Stage IV, he was told that the average life expectancy with the volume of cancer that he had was about 26 months. He lived almost five years with the disease. We knew there was no cure but were encouraged that many treatment options were available. Lee’s first line of treatment was a clinical trial for a class of drugs called PARP inhibitors. We were fortunate that Lee fit the criteria exactly for the participants they were seeking. He had the BRCA1 mutation and was estrogen positive and HER2-negative. There were other trials, but Lee was excluded from some simply because he was male. The drug in this Phase II trial was called Veliparib and was combined with a chemotherapy drug called Carboplatin. It was known that most people would eventually have an allergic reaction to the Carboplatin, at which point they would have to leave the study. Lee lasted longer than most before he broke out in a rash during the infusion.

When Lee began this trial, the breast cancer had spread with a vengeance to his skull, femur, spine, liver and lungs. But when he was scanned at the end of the trial, there was no evidence of disease. It was a truly miraculous result. Everyone from the oncology office came into the exam room to cheer and celebrate the amazing news with us.

This trial gave Lee a small reprieve from the next treatment, but more importantly, it gave us time. Even though he suffered some of the typical side effects that come with many of these drugs, they were manageable and didn’t hinder his incredible sense of optimism and hope. Of all the subsequent treatments Lee endured through the years fighting metastatic breast cancer, this first clinical trial yielded the most significant results.

In the years after Lee’s death, I have searched for ways to bring purpose to my life, while honoring Lee’s. The organization that has always supported us from Lee’s initial diagnosis, through his recurrence and beyond, is Susan G. Komen. I was so grateful that Komen opened its arms to me when I proposed beginning an educational fund about male breast cancer in Lee’s name. Though the fund is still in its first year, we have been able to help provide programs to bring greater awareness about breast cancer in men.

Most recently, I had the honor to attend an event with Komen and several of its Scientific Advisory Board members and Komen Scholars. This group of renown breast oncology clinicians, scholars and scientists joined a small group of guests to talk about the latest advancements and challenges in their field. It was fascinating, informative and inspiring. The dedication and commitment shown by these individuals is what will one day bring us to the end of breast cancer.

One person I didn’t expect to meet was a member of this Board, Dr. Alan Ashworth. Dr. Ashworth was the very person who developed the PARP inhibitor! I described Lee’s journey and told Dr. Ashworth of the outstanding results Lee had from the clinical trial. He was singularly responsible for giving us more time. My eyes welled up as I was overcome with an intense feeling of gratitude for this man, and the gratitude was reciprocal. Dr. Ashworth explained that he works in a lab and has no patient interaction.  For me to personally describe how his life’s work improved our lives gave him the same sense of gratitude. My only regret was that Lee couldn’t be there to thank him too. I know he always felt that this treatment was his silver bullet.

Meeting this esteemed scientist and seeing the direct affect he had on our lives felt like coming full circle. I know there are hundreds, if not thousands of breast cancer experts all working to discover the elusive cures and better treatments and diagnostics. Gratitude alone seems insufficient. How do you thank someone for time?