Fighting Breast Cancer Together: A Doctor and Patient Perspective 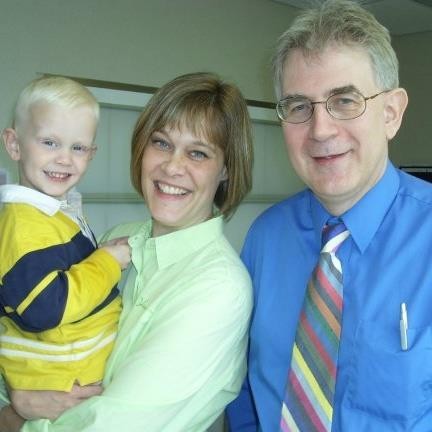 When an eight-weeks pregnant Heidi Floyd was diagnosed with breast cancer, doctors warned her she might have to choose between her baby and her life. Then, leading oncologist George Sledge, MD, saved both.

When Heidi Floyd was told she had breast cancer 14 years ago, the 36-year-old mother of three was understandably terrified. But her fears went beyond her diagnosis: Floyd was already eight weeks pregnant with her fourth child. “The oncologists I saw were very grim: they told me they could either save me, or save my pregnancy, but there was no guarantee they could do both,” she recalls.

Floyd was determined to fight for survival, both for her and for her baby. A friend referred her to oncologist George Sledge, MD, and Susan G. Komen’s Chief Scientific Advisor. She warmed to him immediately. “The minute he walked into the exam room, I felt hope,” she says. “He wasn’t hurried or rushed, like the other doctors I’d seen. He really listened to me. When I was done talking, he said, ‘it’s going to be extremely difficult to go through chemotherapy when you’re pregnant, but I do feel that I can treat you safely.’ It was a dark time, but he gave me a little glimmer of hope and I clung to it.”

Just two decades earlier, cancer specialists had balked at the idea of giving pregnant women chemotherapy. But in 2001, the thinking began to change when two long-term studies found that children exposed to chemotherapy in the womb didn’t seem to experience any physical, neurological or psychological consequences. “My own practice had begun to change a year or two before I saw Heidi,” Sledge remembers. “The science was emerging at that time, and it seemed reasonable to apply it to her.” He did have concerns, however: “you always worry that the stress of the therapy could induce a miscarriage,” he says.

Sledge opted to start Floyd’s chemotherapy right around her 13th week of pregnancy, when she was entering her second trimester. “We knew that the fetus was most sensitive to chemicals in the first trimester,” he explains. He chose three drugs often used to treat breast cancer, that also carried a lower risk of miscarriage than other, more toxic agents. Still, the next few months were pure agony for Floyd. “The combination of feeling nauseous from chemotherapy and nauseous from pregnancy combined to create a morning sickness so bad it’s indescribable,” she says. Yet she carried on, working and taking care of three young children aged 2, 3 and 7 in the process.

Sledge, in turn, was blown away by Floyd and her positive attitude. “She was a delight—it was clear that she was fully committed to saving the life of her child, and she was willing to go the extra mile for that,” he says. “She was attentive and highly responsible, doing her best to follow instructions to make things go smoothly.”

A week after Floyd finished chemotherapy, her baby boy, Noah, was born. “Seeing his face for the first time was an indescribable victory,” she recalls. “He was healthy, with two eyes, five fingers on each hand, and all his body parts working like they should.”

But Floyd’s ordeal wasn’t over yet. She then had to endure 16 weeks of radiation treatments, five days a week, while simultaneously working full time and caring for four young children. She was exhausted and overwhelmed. “I’d loved nursing all three of my other children, but I couldn’t breast feed Noah because radiation had turned my breast milk into toxic sludge,” she says. Her visits to Sledge helped keep her grounded. “He was so caring and compassionate, and empathic about what I was going through,” she says. “I felt such relief and joy that I had without question the best oncologist on the face of the planet.”

Sledge felt similar joy whenever he saw Floyd. “I had the privilege of meeting baby Noah right after Heidi gave birth,” he recalls. “It was wonderful knowing that I had helped bring his life into the world.” Although Sledge stopped treating Floyd once he moved in 2013, he still holds her dear in his heart. “I don’t think I did anything special—the MD after my name doesn’t stand for minor deity,” he stresses. “I was just doing my job. The real hero here, he says, is Floyd herself. “She’s one of the sweetest, kindest, most generous people you will ever meet in life and a perfect example of the patient who gives back by becoming a national advocate for young women with breast cancer,” he says. “She’s made it her personal mission to advocate for the breast cancer community, working in close collaboration with Susan G. Komen. I think the world of her.”

This article first appeared on People.com as part of a partnership between People and Susan G. Komen.