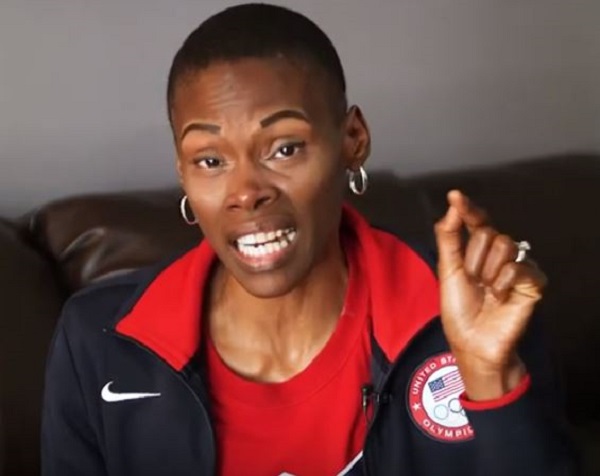 Chaunte Lowe is a fighter.

Her life changed in June 2019 when she was diagnosed with breast cancer.

The wife and mother to three kids – ages 12, 8 and 6 – told her family the lump she was worried about was cancer. While they fell to the floor in tears at the news, Lowe said she knew she had to fight.

Lowe is currently going through treatment for triple negative breast cancer, a very aggressive form of the disease that is often treated with a combination of surgery, radiation and chemotherapy.

“I wish that somebody would’ve told me about my risk,” she says. “At [the time of my diagnosis], I felt like it was my personal responsibility to share everything that I had learned about battle, fighting, perseverance, overcoming obstacles, endurance, that it was my responsibility to teach other women this.”

Lowe has not let her breast cancer diagnosis and treatment slow her down. She’s currently training for her fifth Olympic Games in Tokyo this summer.

“I am training, and I have trained through chemotherapy, a double mastectomy, and treatment for breast cancer,” Lowe says. “I know that through it, I can bring a lot of attention to this cause and I know that it will help us eradicate this disease that has ravaged so many of us.”

Lowe hopes to use her platform to fight these disparities that women like her face, and to help end breast cancer forever. “My ultimate wish for the future is that we completely obliterate the statistic that one in eight women in their lifetime will be diagnosed with breast cancer. My goal, my dream, and my vision is that my daughter, my son’s wife, my mother, my cousins, will never have to face a diagnosis of breast cancer, I want it to end with us, end with this generation.”