10 Things You Need to Know About Biosimilars and Breast Cancer 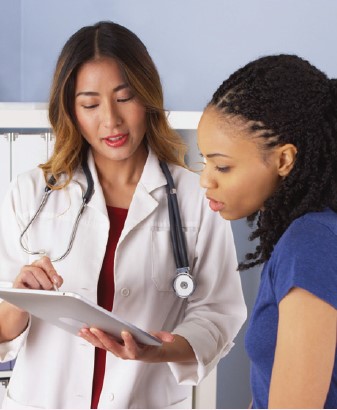 Breast cancer treatment has come a long way over the years. At the forefront of these medical advances are therapies known as “biologics.” Biologics are powerful and complex drugs made from biological products like antibodies or proteins and can come from all sorts of living sources – animals, plants and even bacteria.

While biologics, like vaccines and insulin, have been around for many years, the number of these drugs has vastly increased since the 1990s and are now making it possible to treat some illnesses more effectively.

The most commonly-prescribed biologic to treat HER2-positive breast cancer is trastuzumab (tras-tu-zu-mab) – also known by its brand name Herceptin. Developed in the 1990s, Herceptin attaches to the  HER2 protein on the surface of the cancer cell which slows or stops the cancer cell from growing

As they have for other diseases, biologics have been game changers for breast cancer. Now we are about to see another important step with the introduction of drugs known as “biosimilars.” These are drugs that are “highly similar” to an existing biologic drug. The Federal Drug Administration or FDA has approved several biosimilars for Herceptin, which will likely become available soon.

Here are the Top 10 things you need to know to separate fact from fiction:

1. Biologic drugs are not new

Biologic drugs have been around since the early 1900s, but the number really accelerated in the 1990s. Common biologics include vaccines and insulin.

Biologics are powerful and complex drugs made from biological products like antibodies or proteins and can come from all sorts of living sources – animals, plants and even bacteria.

In part because they are made from biological products, the process for manufacturing them can have up to 50,000 critical steps. Conventional drugs that are simply a mixture of chemical compounds, like aspirin, can have less than 100 steps.

A notable biologic for breast cancer is trastuzumab (known as Herceptin®), which is commonly prescribed for HER2-positive breast cancer. This targeted therapy is used to help slow or stop the HER2-positive cancer cell from growing.

5. Biosimilars are Not Generics

Generic drugs are identical copies that include the same mix of active chemical ingredients. Biosimilars, on the other hand, are merely “highly similar.” Since they have living components, biologics are impossible to replicate completely.  However, there are not clinically meaningful differences.

6. Biosimilars are just as Safe and Effective

Biosimilars must be F.D.A. approved. There’s no “clinically meaningful” differences in safety, purity or potency (strength).

7. Biosimilars for Breast Cancer are coming

Patent protection for trastuzumab (known as Herceptin®) will soon expire in the U.S. The F.D.A. has approved several biosimilars that will soon be available. Many of these biosimilars are already available in other countries.

The introduction of biosimilars will provide doctors and medical facilities with more options for the treatment. In most cases, patients may not have a choice in which version of the therapy their doctor prescribes or the medical facility purchases.

9. Choice Should Reduce Costs – a little

Biosimilars are slightly less expensive, although the cost is still high due to their complexity.  It can cost $2-3 million to bring a generic to market, for example, while it may cost $75-250 million to bring a biosimilar to market. However, the more biosimilars that enter the market, the lower the cost might be over time. The short- and long-term impact on patients’ costs is unclear at this time.

As the choice for which version of the therapy is prescribed or stocked will most often rest with the doctor and medical facility, patients may not know what version of they are given. Patients should talk to their doctors about treatment options.