I Feel Lucky My Doctor Knew About Inflammatory Breast Cancer 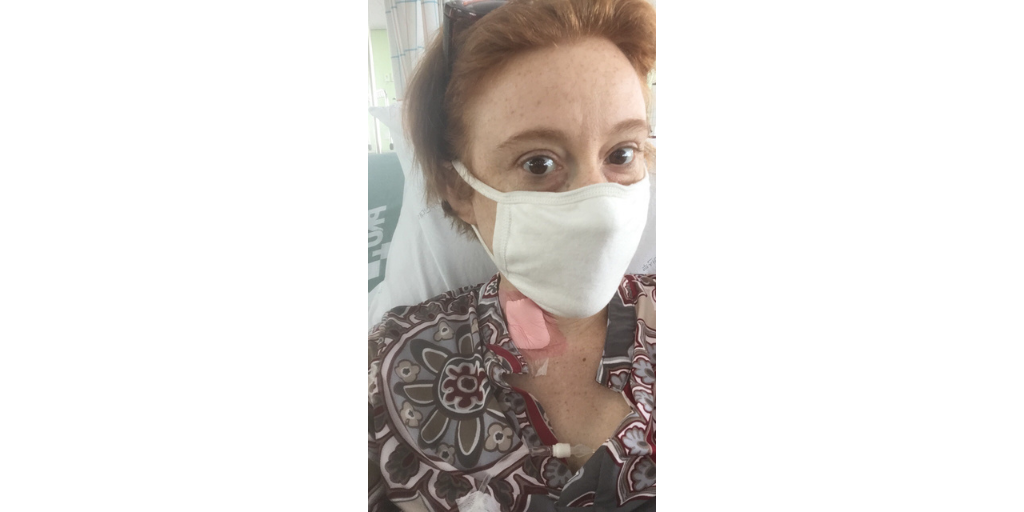 I had a standing walking date with a friend every Sunday night along the beach after our kids went to bed. In addition to getting our steps in, we used the time to talk about anything and everything best gal pals do. I was 36 at the time, with a 1 and 3-year-old, and most of our conversation that night centered around motherhood, breastfeeding and our bodies.

I’ll never forget a comment my friend made that night about having breasts that are different sizes. It was almost as if she was supposed to bring up the topic because prior to that conversation, I had not noticed my breasts were also unequal in size.

I had stopped breastfeeding about six months prior and could have just associated the difference to changes my body was going through. But as I looked more closely at my breasts in the mirror, I noticed my right breast was significantly larger than the left and felt different.

I waited a few weeks to see if anything changed. I figured it was nothing – I am so young, it certainly isn’t cancer, but when nothing changed, I made an appointment to see a doctor.

It was 2019 and I was living in South Korea. The process is a bit different there. Instead of seeing an OBGYN, I called, explained what I needed to see a doctor for, and was scheduled to see a breast specialist. Dr. Kim did a physical exam and ordered a breast ultrasound and diagnostic mammogram that very same day. Again, because I was privy to the South Korean system, the doctor reviewed the results with me that day. Through a translator, he explained that he could see some “inflammation and some enlarged lymph nodes.” However, he assured me not to worry because “you are so young, and it is probably nothing.” He wanted to do a biopsy but apologetically, it would have to wait until next week because the radiologist was gone for the day and it was a national holiday.  At home, I began the process of googling all the what-ifs. I searched “inflammation of the breast” and “enlarged lymph nodes” and repeatedly something called “inflammatory breast cancer (IBC)” kept popping up. “IBC is a very aggressive disease that represents only a small percentage of all breast cancer cases in the United States, but due to its aggressive nature, it accounts for a disproportionate number of breast cancer deaths.” Well that isn’t me. It’s rare and just too unlikely. Surely, I didn’t win the crappy lottery of some random rare cancer. But what is it then?” Ten days later, I had my answer when I returned to the hospital with both kids in tow since my husband was out of town for work.

I was diagnosed with inflammatory breast cancer but would need a series of scans and tests to determine if I was stage IIIc or stage IV.

Patients with IBC are often diagnosed with later stages of the disease, in part because IBC presents in a different way and is harder to detect. About 30 percent of patients are initially diagnosed with stage IV, or metastatic disease, which means their breast cancer has already spread to other parts of their body.

That waiting period was probably the hardest week of my life. I was relieved to be diagnosed with stage IIIc (advanced cancer that’s spread regionally rather than throughout the body). Had I been told by a doctor to wait and see if the size of my right breast normalized or sent home with antibiotics for an assumed infection as many women are, I would not have been so fortunate.

I knew there was something not right about my right breast. Even though I didn’t know what was wrong, I knew that it wasn’t related to breastfeeding. I consider myself extremely lucky that I was living in South Korea and the doctor there knew what IBC was and did not shrug me off or assume my condition wasn’t serious and somehow related to motherhood.

While I began chemotherapy in Korea, I moved back to the United States just six weeks after my diagnosis to be closer to my family. After a friend recommended searching for online support, I located the IBC Research Foundation. Its Executive Director, Ginny Mason a 25+ year survivor, provided hope and answers I desperately needed. With her assistance and encouragement from my family in Tucson, I was so lucky to find an amazing panel of doctors at the University of Arizona Cancer Center, a Comprehensive Cancer Center familiar with IBC and its standard of care. I was even able to participate in a clinical trial for stage III IBC patients.

Treatment consisted of six chemotherapy treatments (the greatest challenge by far), a double mastectomy, and six weeks of radiation. I recently completed my 18th and final immunotherapy treatment and still suffer from exhaustion and diarrhea, which I hope will fade as I get further away from active treatment. I go to physical therapy for mild lymphedema but have been fortunate enough to avoid neuropathy in my hands and feet often caused by chemotherapy. Since my breast cancer was triple positive (HER2-positive and estrogen and progesterone hormone-positive), I will receive hormone-blocking injections and take prescriptions for at least the next five years.

I’ve been told that IBC has a 50/50 chance of recurring and the next 3 to 5 years are critical. So, I keep my fingers crossed, I pray, and I try to focus on the things I can control about my situation. COVID has made things harder. I haven’t been able to get out and make new friends in my new city or attend support groups for cancer patients, and I try not to mourn for my old life in Korea through all of this. I know I’m lucky to be alive and while patience doesn’t come easy, I’m doing my best.

A week after I was diagnosed, I met Yvonne on the IBC Research Foundation’s Facebook page and she quickly became a friend. She began treatment the week before I did and had chemo on the same Thursday every three weeks. We texted daily, confessed our darkest fears, admitted our weakest moments, celebrated our triumphs, and overall, just felt better having each other. I felt so scared that first week, but the women on the site from all over the world gave me hope and inspiration. They also sent me links to flat fashion sites for women after their mastectomies and shared all the best tricks to survive chemo. I feel blessed to have these knowledgeable survivors and thrivers guiding and supporting all of us newbies and would recommend anyone else with a fresh diagnosis to reach out as well.

*We need to know more about IBC to better diagnose it and have effective treatments. We need more understanding of the biology of IBC, we need better clinical data specific to IBC patients, and we need more shared information to improve outcomes for IBC. That’s why Komen, the Inflammatory Breast Cancer (IBC) Research Foundation and the Milburn Foundation® are committed to supporting research to better understand, diagnose, and treat IBC.