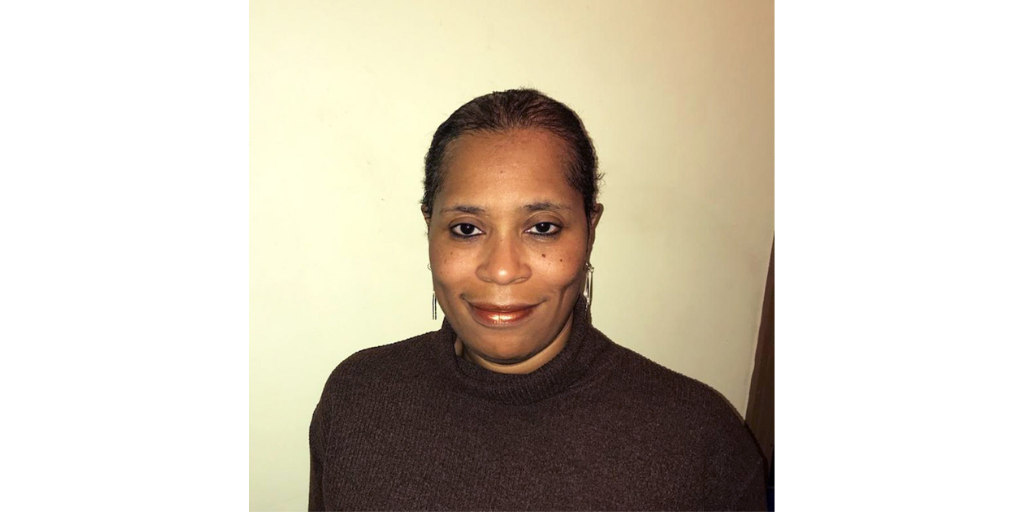 In my family, we only talk about health when someone gets sick. And if you’re diagnosed with cancer, you’re expected to die—that’s certainly been the story in my family. My mom died at 49 and the oldest woman I know of in my family who had cancer died at 53. Our family has never had the discussions about our health—being aware of your breasts and your body—that we should have.

When you trace it, it’s easy to see that my family has a history of breast cancer, ovarian cancer, and colon cancer. My OBGYN encouraged me to go to the genetic risk clinic and have them do a map of my family health history. I was already getting screened earlier than the guideline age based on the fact that I had a really good OBGYN. So, when I was diagnosed with breast cancer 14 years ago, I was scared but not necessarily shocked. At the time, I was 34 years old. Thinking back on my experience, it all happened in one day which is a good thing. I wasn’t forced to sit and stew in it. I saw my OBGYN that morning and told her I felt something in my breast. She checked and noticed what I’d felt. She said, “You should get a mammogram. I’ll have them call me once it’s done and results come back.”

I had the mammogram and the technicians found the lump. It was then suggested that I do a biopsy. I had the biopsy done the same day, and that night, I received a call from my doctor. Instinctively, I knew it was going to be breast cancer because of my family history. I was still devastated and scared when it was confirmed. I had two small children at the time—my son was only three and my daughter was two. I immediately began to worry about living to see them graduate from 8th grade, or even kindergarten.

At that time, I was working for a cancer cooperative group and I knew about many of the experts in oncology, so I’d heard of my oncologist before I was ever diagnosed. I was like, “She is really good.” When I was diagnosed, I thought, I just pray that God gets me to her. As it turns out, I didn’t have to select her. Once I had my surgery, I was told I was going to be with her. That was God. I prayed for the doctor who I thought would give me the best care, and it was her.

Not only did I have faith, but I also took action. I learned about my family history, had conversations with experts, learned as much as I could about my options, made decisions, and fought to live no matter what. Some women mistake having faith with doing nothing. Having faith doesn’t mean you do nothing and leave everything up to God. It means you pray at each step and let God guide each step.

After I was diagnosed, I had to decide if I wanted to get genetic testing. It wasn’t as common back then as it is now, but I decided to get tested because of what I knew about cancer in my family. From the testing, I learned that I have the BRCA1 gene mutation.

Because of my experiences, I do my best to encourage conversation about breast health with as many women as I can, especially the women in my family. Within three years of my own diagnosis, both of my two sisters were also diagnosed with breast cancer. Sadly, my older sister didn’t survive.

After my older sister and I were diagnosed, we begged our sister, Pam, to get a mammogram. She said, “No, that would be all I would need is to have breast cancer.” By the time she was diagnosed, she was already at stage III. She didn’t want to know. In my conversations with other women, I remind them that fear is not going to solve your problem. I stress that ignorance is not bliss and fear might actually kill you. African-American women need to hear, even in my family, that if breast cancer is caught early, it is survivable. That’s huge. It’s not the death sentence we think it is.

My sister’s passing really lit a fire under me to get more vocal. I had a luncheon with all the women in my extended family to talk to them about genetic testing and what was going on in our family regarding breast and ovarian cancer, particularly with the younger women in our family. I shared my own story and results and suggested they get tested and have mammograms done. Following that conversation, one of my nieces did get tested and discovered she had the BRCA1 gene mutation. No one else in my family has since been tested, which is alarming. I don’t know why they aren’t interested in being more aware considering the family history. It’s really a struggle with my family and I wish it wasn’t.

Every time I talk to African-American women about knowing their family’s health history, I encourage them to share that information, advocate for themselves with their doctors, and be proactive about their care, including knowing their breast health and what is and is not their normal. I say, “If your doctor isn’t listening to you, then you probably need to find a new doctor.” I stress to women all the time the importance of being their own health advocates. I’ve even told my own family members to switch doctors if they aren’t encouraged to get cancer screenings after sharing our family history with their own doctors.

Having a doctor who cares about your family health history and who will listen to you is so important. My doctor spent time with me to get to know me and really engaged to understand my family health history. She actually made a point of asking, “Let me hear your story. How did your mom pass away?” She and I first discussed how I might have the BRCA1 gene mutation because of the strong presence of cancer in my family. That knowledge was extremely important in understanding how cancer might affect me and my other family members, and having that awareness made me proactive about breast health in critical ways.