You Get What You Need 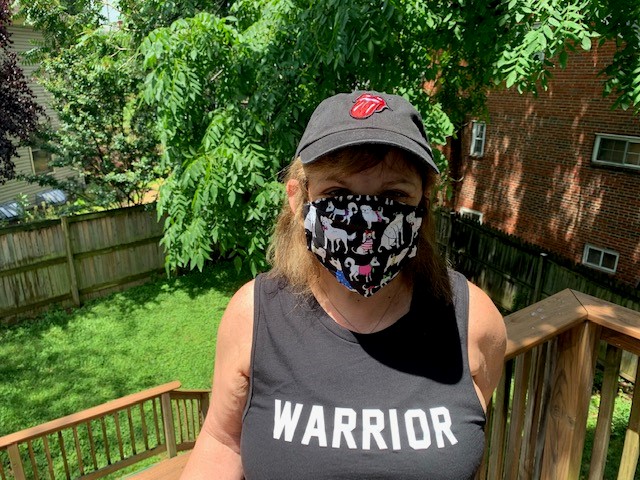 I remember so clearly the day I was diagnosed with breast cancer. My family and I were on vacation. I was still reeling from a mammogram and biopsy and still hoping that the results would be negative. Just a mere inconvenience in the scheme of things.

Looking out at the beach I could see my family enjoying the ocean. I wasn’t allowed to get wet because of the dressing from the biopsy so I stayed on our deck. My cell rang and I could see it was my doctor’s phone number. I thought it might be good news, but my stomach did backflips when I answered. She cut to the chase…”I am so sorry, the lump is malignant.”

When we arrived home, we learned that the tumor had to come out along with sentinel lymph nodes. During surgery they removed the malignancy and found Ductal carcinoma in situ (DCIS).  I’d had DCIS four years earlier. The sentinel nodes were not affected, and margins were clear. I was also diagnosed with Triple Negative Breast Cancer.

Halfway through chemo I developed a blood clot on my jugular on the port side and had to be hospitalized for three days. I kept trying to visualize myself back at the beach on our “lost” vacation. My goal was to get through five months of chemo and 20 rounds of radiation. Then, by June, I could be back on the sand staring at the water.

In February I had my final radiation. Family and friends were with me while we celebrated. I was ready to get my life back. June was not that far away.

We heard about a virus on the news, but it was still a distant warning. I put it aside.

So here I am, not dissimilar to sitting on the deck looking out at the beach. Some mornings I am in my bedroom, staring out the window. I see green treetops, our yard and flowers in bloom. The sounds of summer await. Our county in Maryland is under lockdown.

I am now allowed outside in front of our house. Wearing a mask, I can at least see all the signs of summer and feel a soft breeze. The neighborhood is eerily silent.

I long for the day when I can be out and about again. My surgery was postponed for a few days last August so I could go to Phoenix and see the Rolling Stones with my family. I am so happy that was accomplished. The Stones are not touring right now because of the corona virus.

However, just as I learned all those months ago, oddly enough from Mick Jagger, you can’t always get what you want, but if you try sometime you find you get what you need.