The Purpose of Two Cancer Battles? 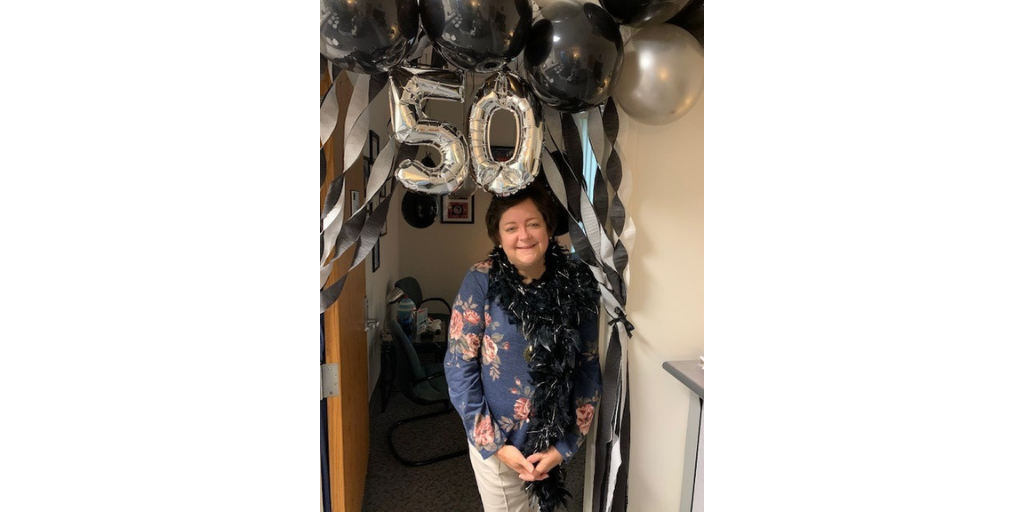 Not too long ago, I celebrated my 50th birthday.  While many people bemoan this milestone, I made every effort to relish in the fact that I had made it!  I am, after all, a two-time breast cancer survivor.  Diagnosed with triple negative cancer in January 2008 with a recurrence in 2014, cancer has been part of my life for many years.

I was 38 when I found a fairly large lump (1.9 cm) in my right breast.  I have no idea why, but fortunately I did not hesitate to call the doctor.  In less than a month I was diagnosed and had a lumpectomy. Surgery was followed by six rounds of chemotherapy and 33 rounds of radiation.  I became a unique patient in my smaller city.  Every appointment I went to- oh, you’re the one that has triple negative breast cancer, you are so young!  I was one of the first women to get a breast MRI at our local hospital- it was miserable.  Thank goodness, things have changed tremendously since then and treatment options are much better and more reliable.

Fast forward about 5 years and even though I was physically doing well, emotionally the constant follow up appointments and tests were beginning to take their toll.  Although I was extremely appreciative of the cautious acts of my caregivers, the constant barrage of ultrasounds, MRIs, mammograms and biopsies became a huge stressor in my life.  I also knew that this was something that I did have some control over and began looking into the option of radical mastectomy and reconstruction.  After many supportive discussions with my surgeon and oncologist, I decided to pursue this option.  Due to having had radiation, I knew I was in for a long haul with the high possibility of many complications.  However, I knew it is what I needed to do and began the journey in November 2013.  The worst complication imaginable came on April 1, 2014 (yes, April Fool’s Day!), after having a radical mastectomy I still had a recurrence!  The tumor was on my lumpectomy scar and discovered during a reconstruction surgery.  It was tiny, only .04 cm, and I had no other metastases but I still did chemotherapy again due to the aggressiveness of triple negative cancer.

Cancer is an ugly thing, but it did teach me several things along the way-perseverance, self-reliance, humility, positive attitude, patience, and the fact that I am not always in control.  On the flip side it taught me that I can rely on others for support and that faith and attitude don’t mean everything will go your way, but that you do have tools to handle those difficult times. I have been able to support many friends through their journeys. Because of my experiences, I was asked to serve on the hospital’s Patient Advisory Council. I have had the opportunity to share my story many times in many different scenarios and hope that it has uplifted many people.  I even picked the popular heated recliners in the new cancer center that opened in our city!  Although, I never want to sit in them, I am glad they are a comfort to many, many people.

Soon, I will turn 51 years old.  The same age my Dad was when he died of colon cancer.  I will be grateful to get past this year to 52 and hopefully have no more cancer issues.  In the meantime, I will try to be grateful for every day I have with my family and friends! I will continue to help those that I can through their journeys and be a support to those that need me.  I may never know why I developed cancer twice, but I know that I am meant to be here and have a purpose.  Wherever you are in your journey, you have a purpose. I pray that you find it and capitalize on it.