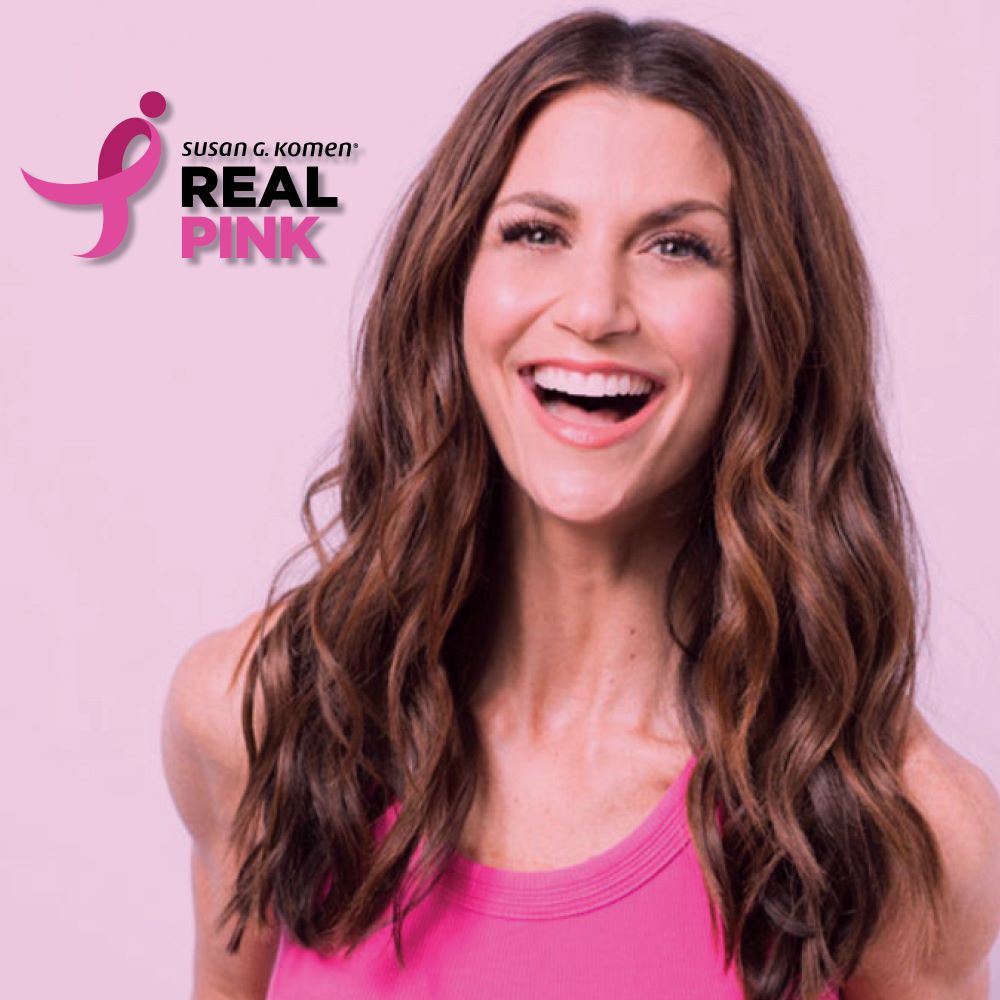 Hear more stories like Samantha’s Talking openly with your doctor is one of the best ways to feel confident about your breast cancer treatment decisions, but sometimes talking with a doctor can be overwhelming, confusing and create more questions than answers. In the debut episode of Susan G. Komen’s new podcast series, Real Pink™, Samantha Harris, entertainment journalist, Emmy-winning television host and breast cancer survivor, talks with host Adam Walker about how to ask the right questions, ensure that you have the right support, and help develop a good relationship with your doctor.

Adam Walker: I understand you’ve been through some things; can you share a little about that?

Samantha Harris: Absolutely … my work with Komen began because I am a breast cancer survivor. I’m about five years out. And it was something that, as many newly diagnosed people find, is blind-siding. So, at forty, I was more fit and healthier than I’d ever been, or so I thought, and I thought I would set a baseline, get a mammogram, just make sure I was all set. My girls were just turning six at the time. My husband and I thought, “let’s take advantage of great insurance and get that mammogram.”

And so I did. And the results came back clear, just as I anticipated. But then eleven days later, while I was changing, I found a lump and I was very surprised by it. I took charge though. I immediately called my long-time OB-GYN, she did a quick clinical exam and said it was nothing. She said, “you’re turning forty. It’s probably glandular. This is what happens” …

And then about a month later, that lump was still there. And I thought, “all right. I should probably get a second opinion. Let me listen to my gut and do this.” I went to see my internist because again, didn’t think it was cancer and he did the same thing: quick clinical exam, said, “it’s nothing,” and sent me on my way. And it wasn’t until four months later, with that nagging in my gut, that I finally reached out to a surgical oncologist to make an appointment because I figured, even though I didn’t think it was cancer, I should probably go to a specialist whose sole job is to look at breasts every single day and know what to look for …

At this appointment, she did two ultrasounds and a needle biopsy … and a lumpectomy. And this is where choosing a doctor who is very skilled, who’s been at it for a while is really important because during the lumpectomy, she took out all the cells [that] she thought were not cancer at the time, but then on the margin there was a little bit extra [and] something in her gut said, “I just want to take this out and just run it through pathology.”

Thank goodness she did because that came back as invasive cancer and all the cells that she didn’t think were cancer came back as ductal carcinoma in situ.

AW: You mentioned in your story that it’s important to go to a doctor that really has that experience and can sort of draw from a body of knowledge and to some degree from some intuition as well from all that experience, right? Can you talk a little bit more about that?

SH: Sure. Obviously, I feel very lucky being in Los Angeles. We have so many great hospitals with fantastic oncology departments and so I really did have options here. But I know that there are many places around the country where it’s more challenging. You have to drive a little bit further and we all want convenience. And convenience isn’t always the best answer, especially when you’re looking at something like a serious medical situation.