Nikia Hammonds-Blakely Discusses Being Diagnosed with Breast Cancer at 16 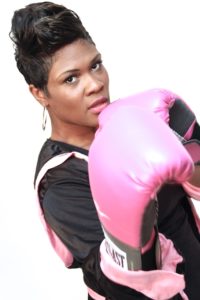 Hear more stories like Nikia’sMany think that breast cancer only affects women over forty, but unfortunately, that’s not the case. Breast cancer is rare among young women, but it does happen, and when young women are diagnosed with breast cancer, it can be shocking. At a time in life when most young women are focused on their high school prom, Nikia Hammonds-Blakely was suddenly faced with treatment, recovery and survivorship. In a recent episode of Susan G. Komen’s Real Pink Podcast, we sat down with Nikia to discuss her breast cancer journey, which started at age 16. Here is what she had to say:

Adam Walker: Tell me a little bit about your story. The diagnosis, your life since then, the recurrence, and how you’re making the best of everything?

Nikia Hammonds-Blakely: Well, the short version of a long story is, I was sixteen years old, getting ready for school one morning, just like any other day, and while I was in the shower, I felt a lump. I had no history of breast cancer; breast cancer was not a part of my vocabulary. But one day, I did mention it to my mom after realizing the lump wasn’t going away, and we went to the doctor. The doctor also felt it and she assured me, “Nikia, I’m sure it’s nothing. You’re only sixteen, you’re just developing,” but she insisted that we go ahead and have the biopsy. Not only was it breast cancer, but it was a very rare and aggressive form of breast cancer. So, to say that diagnosis changed my life, it is literally an understatement. My life was forever changed from that day.

AW: Wow… How do you deal with that? And what happened next?

NHB: I was floored. The doctors wanted to act aggressively. They said because the cancer was so aggressive and I was so young, they wanted to remove both breasts immediately, but that was too much for my mind to comprehend at sixteen. So, I agreed to a partial mastectomy and a summer of treatments. The doctors said that after those treatments, if it looked like they got all the cancer, we could wait on doing anything more aggressive. Thank God, [after] a partial removal of the left breast, a summer of treatments, and by the end of that summer, there was no evidence of breast cancer.

AW: It’s hard enough to navigate being a teenager, but to navigate it in the context of dealing with breast cancer must have been astronomical for you.

NHB: Exactly. Any teenager at sixteen is going through some type of self-esteem issues, identity, you’re just trying to figure out who you are. And the thing is, at sixteen, I couldn’t call up a friend and say, “hey girl, how’d you get through your cancer?” And at that time, like I said, no family history. I really felt like a monster. There weren’t support groups for sixteen-year-olds with breast cancer at that time. To say it was a tough journey, I just can’t overemphasize that enough.