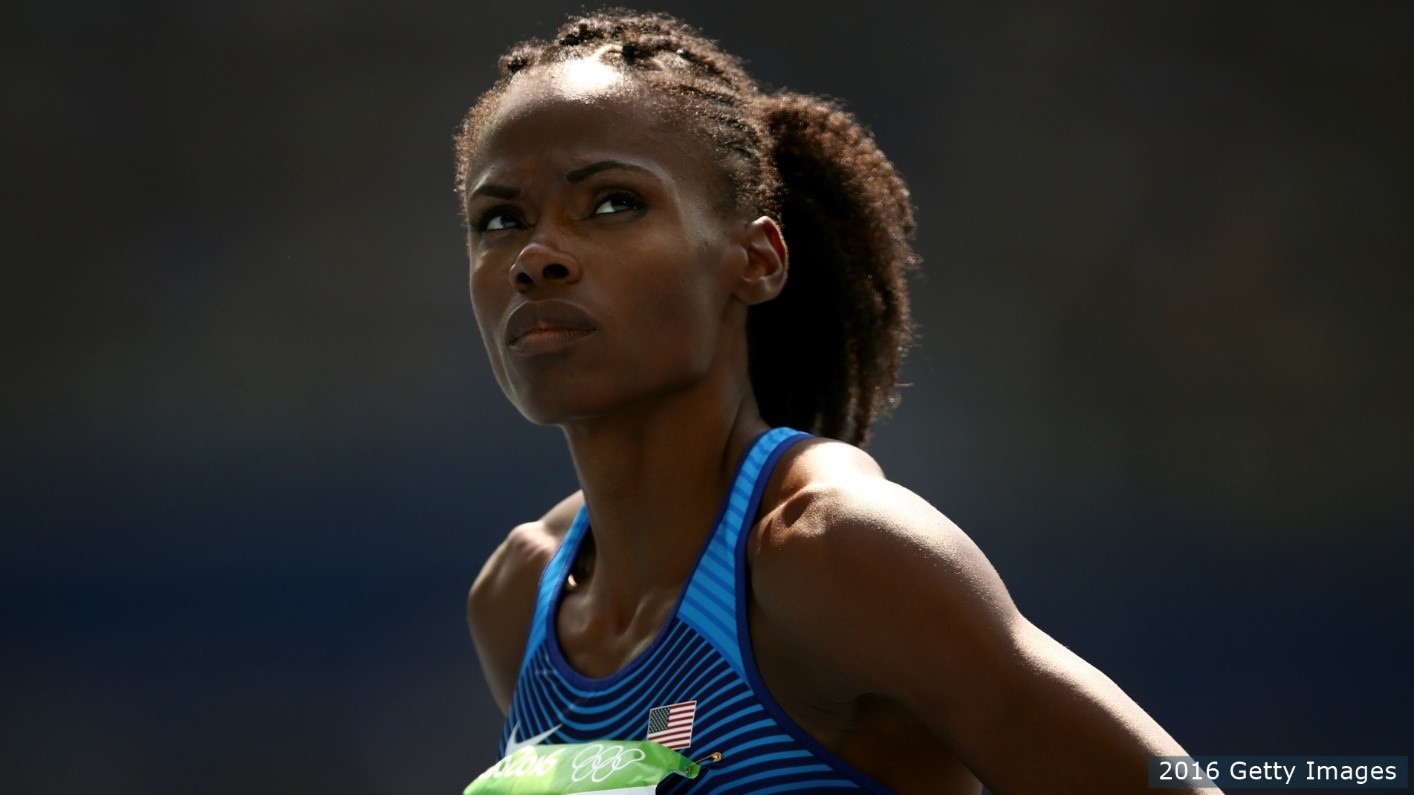 My name is Chaunté Lowe. I am a Four-Time United States Olympian, and this is a detail of how I used my Olympic experience to approach fighting breast cancer.

As an elite athlete, you are always playing a game of odds. Your job is to use the resources around you to stack the odds of your success in your favor. You win some and lose some, but with each attempt, you learn from it, adjust as necessary, and fall forward. With consistency as your key, every day is a grind riddled with execution, pushing out of your comfort zone and never being satisfied until you’ve reached the prize. So, as you can imagine, my world came to a screeching halt when, in June of 2019 – a year before the 2020 Olympic Games – I was diagnosed with Triple Negative Breast Cancer. You read all about that in my story here.

In the sports world, you practice hard, knowing that there are two possible outcomes for every game. You win some, you lose some, but it is essential to learn from each experience, knowing that there will be a next time. Now, as I faced cancer with my life in the balance, I realized that I might not be afforded a “next time.” As a mother of three kids, I had no choice. Finding a way to win was the only option. So, after the expected hysterically-emotional response to my diagnosis, I decided to tackle cancer the same way I would tackle making any Olympic team.

For every Olympic team that I competed on, assembling my team was the first step. Carefully scouring, resumes references and reviews, I passed on the “too good to find truly remarkable people.” Building my cancer support team was no different. I researched physician resumes online, read each and every Google review, and paid careful consideration to the specialists who were referred to me by respected family members and friends. I allowed myself to become obsessed with the process of finding professionals whose vision aligned with my own (which was to beat cancer and live). After confirming that my providers of choice were in my insurance network, I moved forward with a team that I was convinced could help me reach my goals.

Devising and Coordinating a Plan:

Once the dream team was assembled, I knew I had to get everyone connected and on the same page. Before each Olympic cycle, I would meet with my coaches, athletic trainers and nutritionist to discuss the vision for the coming year and devise a plan of attack. If we were going to win, we were going to have to do it together with one cohesive strategy. Coordinating my team was the next step. Luckily for me, both my oncologist and my plastic surgeon were referred to me by my breast surgeon. Since my most important goal was becoming cancer-free and surviving, the first coordination needed to be between my breast surgeon and my oncologist. They collaborated and determined that, based on medical science, my mastectomy needed to be Adjuvant, or come before chemotherapy. My breast surgeon then coordinated with my plastic surgeon to determine the best cuts that would spare the most tissue and give me my desired look after reconstruction. Finally, my plastic surgeon coordinated with my oncologist to make sure that the tissue expanders that he placed would be durable enough to handle the harsh treatments that I would be receiving. The final members of my team were my spiritual and emotional support. These members held me up when I felt too weak or unable to press on toward the goal myself. They took on the burden of executing the plan during my moments of incapacity.

The final step is the easiest because it is just completing all that I’ve planned. From Athens in 2004 to Rio in 2016, I knew what I was going to do each day to prepare to make the team. The planning process was so meticulous that I was able to put my brain on autopilot and walk out the plan just as written. With my cancer journey, the process was the same. The hard work is done through the planning. I spent enough time choosing my team, getting them coordinated, and devising a plan. Reaching the goal and finishing the race that I started only requires that I trust the work that I have already done be flexible to any needed adjustments and lean on the experts that I’ve chosen. I have full confidence that I have put myself in the best situation possible to win the most critical battle in my life, which is my battle against breast cancer.