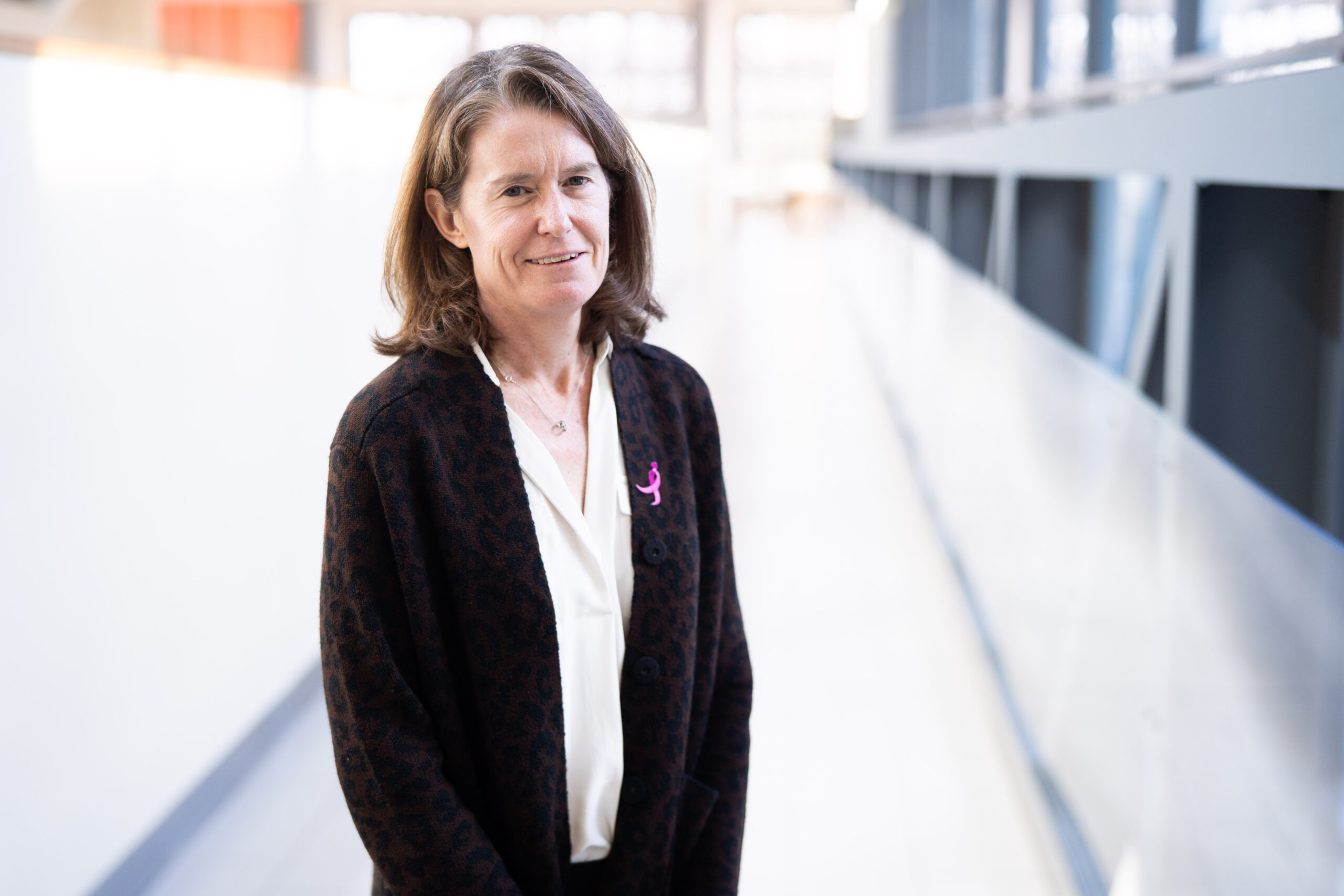 Help us find a cure

The field of immunology, the study of the immune system, is a promising area of research that can be used to fight conditions from viral diseases to cancer. Dr. Elizabeth Mittendorf, M.D., Ph.D., tells Susan G. Komen that she was fascinated by immunology and the potential clinical benefit of immunotherapy before it was “cool.” She’s working to see if a breast cancer patient’s immune system can be taught to recognize tumors, kill them, and prevent them from recurring.

Mittendorf, a Komen Scholar, is the Rob and Karen Hale Distinguished Chair in Surgical Oncology at the Dana Farber Brigham Women’s Cancer Center. She recently visited with Komen to discuss her work and the future of immunology for treating breast cancer.

Komen: Immunology is a word that most of us aren’t familiar with. Could you explain what it is?

Mittendorf: Immunology is a field that I think a lot of people kind of consider a black box just because it’s so incredibly intricate, but immunology is what allows all of us to stay healthy. What your immune system does is recognize something that’s foreign to your body, perhaps a virus or bacteria, attacks it, and destroys it. For those of us interested in studying how immunology relates to cancer, we hope that we can leverage the fact that the immune system will also recognize cancer cells as being foreign so that it will destroy them much like they would an invading virus or bacteria.

Komen: How did you become interested in studying why immunology is relevant to people with breast cancer?

Mittendorf: When I was active duty in the Air Force, I had the privilege of caring for a lovely woman who had been treated for a hormone receptor positive breast cancer for 15 years. When I met her, she had a chest wall breast cancer recurrence. I remember thinking to myself that she’d gone 15 years with no recurrences, what happened? I thought perhaps it was her immune system that had failed her. This was around 2002 – 2003, so I like to say I was probably interested in immunotherapy, a treatment that uses the body’s immune system to fight diseases, before it was cool.

I decided that it was going to be critical to understand why her immune system had not responded and eliminated those few cancer cells before they set up shop on her chest wall as palpable, recurrent disease.

Komen: What did you learn from that patient about the relationship between immunology and breast cancer?

Mittendorf: The real interest in learning more about immunology and breast cancer specifically is: can we potentially build up a patient’s immune system to fight their cancer? Can we teach the patient’s own body, their own immune system, to recognize that cancer is foreign, much like it recognizes a virus is foreign, and just eliminate it?

Komen: Do you think immunotherapy can be successful in the fight against breast cancer?

Mittendorf: The reason immunotherapy may actually help us to achieve a cure is because immunotherapy is a treatment that teaches your immune system to recognize a tumor as something that’s foreign and needs to be eliminated. This is called an adaptive immune response and it can be lifelong. If we can develop an adaptive immune response to cancer, it’s possible that you effectively have vaccinated the patient against ever developing the disease again.

Mittendorf: Immunotherapy is a treatment that can potentially have a lifelong effect. So unlike chemotherapy, which requires repeated dosing to maintain levels of the drug within the system, if the immunotherapy works, you’re able to stimulate an immune response that recognizes tumor cells as foreign forever. It would be much like our immunity to the multiple infectious diseases that we’re vaccinated against, like measles, mumps and rubella.

Komen: Scientifically, are there any recent developments that make immunotherapy more promising for breast cancer?

Mittendorf: 2019 and the first half of 2020 have been fantastic years for breast cancer in that we have gotten results from several clinical trials that have shown the benefit of new drugs which has led to their approval by the FDA for use in our patients as part of their standard therapy. Based on the results of the IMPassion 130 trial, we now have FDA approval now for a drug called atezolizumab, which is an anti PD-L1 agent, to be used in combination with the chemotherapeutic agent nab–paclitaxel in metastatic triple negative breast cancer that expresses PD-L1.

PD-L1 is a molecule that binds to another molecule called PD-1. And PD-1 is something that sits on the surface of your T-cells, which are the immune cells in your body that recognize something as foreign, attack and destroy it. PD-1 can be viewed as “brakes” on your body’s T cells that helps to prevent an out of control immune response. But if that immune response is against your breast cancer, you don’t want it to be tempered meaning you don’t want those brakes to be applied. So, these antibody drugs like atezolizumab block that interaction between PD-1 and PD-L1 so that the brakes are removed and that immune response against the cancer is able to go full speed ahead.

Komen: Have we seen the results of atezolizumab in patients yet?

help us find a cure