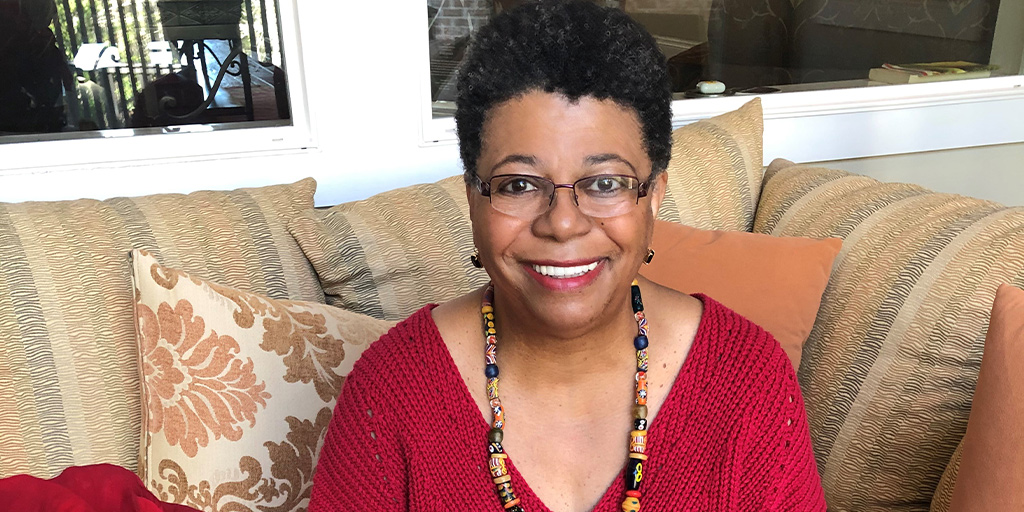 After completing treatment for early-stage breast cancer in 2011, I thought I was completely done. I had finished surgery and 33 rounds of radiation. An Oncotype DX test showed I wouldn’t benefit from chemotherapy, so I put the disease behind me and thought we’d never need to talk about it again.

A slip and fall one rainy day in July 2014 turned out to be a fortuitous incident.

My body never quite healed after the fall and left my knees and left shoulder sore. The pain and discomfort got worse over time, to the point that I could barely raise my left arm. Several rounds of X-rays didn’t show any breaks, but an MRI in March 2015 finally showed something was wrong.

The color in my doctor’s face vanished as he sat down to speak with me. I remember him saying, “Karen, either you have a very bad infection, or your cancer has returned. You need to go see your oncologist right away.” My local oncologist sent me for a PET scan and I immediately had a biopsy because it appeared there was a spot of cancer on my right hip.

The biopsy confirmed that the reason for the discomfort was a cancerous tumor had eaten up the L6 vertebrae in my neck. My breast cancer had returned as metastatic breast cancer (MBC). MBC is late-stage breast cancer where the cancer has spread outside the breasts to other parts of the body – commonly the bones, lungs, liver or brain. Mine had spread to my bones.

The oncologist I saw during my early-stage breast cancer treatment treated me again. He recommended treatment and to come back in three months to see how the cancer responded. I also saw an oncology neurosurgeon who invited me to take a journey with him to find the best possible treatment for my MBC.

Within three months of starting my cancer treatment and a bone targeting agent to strengthen my bones, the pain I had been experiencing for almost a year had subsided and scans showed the tumors had shrunk. Within six months, the pain was completely gone, the tumor had significantly reduced in size and new bone began to generate on the perimeter of the tumor. It was pretty amazing.

I’ve been on the same treatment for 5 years and doing well. The only side effect for me is joint pain, so I’m always very conscious if a new pain or discomfort pops up. I feel very blessed to be on a treatment that allows me to live a full and meaningful life.

Looking back, I had never, ever considered there was something related to breast cancer when I was in constant pain after the fall. I had never honestly heard of metastatic breast cancer. Had I known a fall was so critical, then of course I would have contacted the doctor right away. Had I known there was a possibility the cancer could go to another part of my body, including my bones, that would have also been a signal for me to contact my oncologist right away.

I suffered for nine months, all the while something was going on in my bones. And frankly, the fall probably saved my life in the end because it got me into treatment for my MBC.

Even though I had a very low chance of my breast cancer recurring, I wish my oncologist had told me the whole story and the warning signs to be aware of. I also wish my primary care physician had some understanding of the correlation between a fall and a cancer patient.

I wish someone had told me, “It’s really important if you have a fall that you let us know right away.”

But every day I feel grateful to live in a time when effective treatment plan options are available to me and to others who are living with metastatic breast cancer.