It Is Time to Stand for H.E.R. and Create a Health Equity Revolution 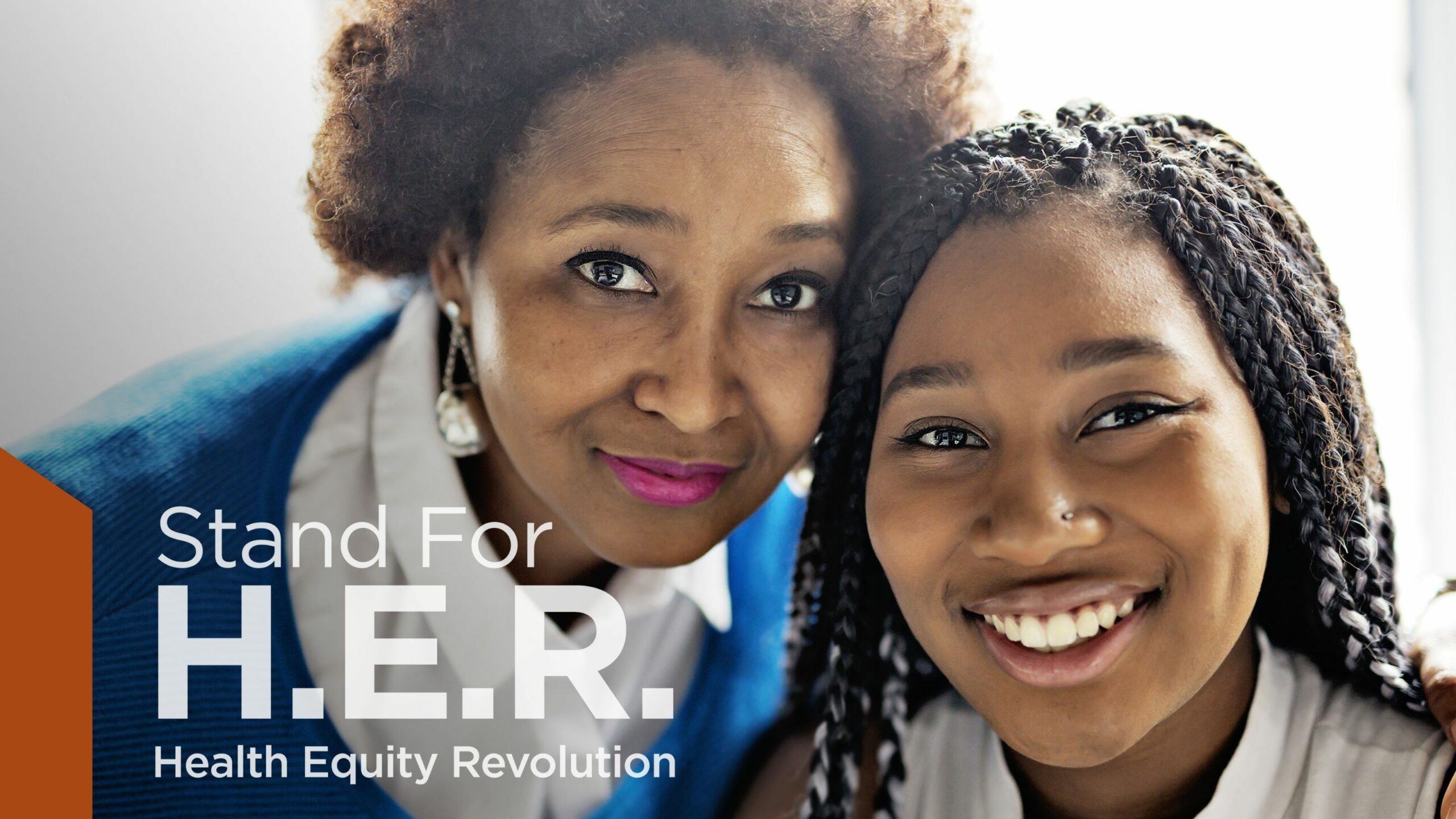 The Black Woman. For years poets have called her ‘phenomenal,’ artists have tried to capture her essence on canvas, economists have described her as a bedrock of the U.S. economy and now our nation calls her Vice President. Many of us in the Black community view the Black woman as the quintessential glue that holds it all together. Despite recent scientific advancements and the growing economic and political power of Black women in the U.S., this progress has not translated into gains in the health care and health outcomes of Black women. In fact, we are losing Black women disproportionately to a myriad of diseases including breast cancer. Black women are about 40 percent more likely to die of breast cancer than white women. We are often diagnosed at younger ages, at later stages and with more aggressive breast cancers leading to limited and costly treatments with poor prognosis.

“Health equity means that everyone has a fair and just opportunity to be as healthy as possible. This requires removing obstacles to health such as poverty, discrimination, and their consequences, including powerlessness and lack of access to good jobs with fair pay, quality education and housing, safe environments, and health care.”1 However, Black women are often impacted by multiple intersectional barriers including the combined effects of racial, gender, ethnicity, and other forms of bias while navigating systems and institutional structures in which entrenched inequities remain the status quo.

Susan G. Komen® has detailed in a new report, Closing the Breast Cancer Gap: A Roadmap to Save the Lives of Black Women in America, the underlying causes of breast cancer inequities across the breast cancer care continuum among Black women, with a focus on systemic and social determinants of health. As detailed in the report, understanding and effectively addressing Black and white disparities in breast cancer requires a rigorous understanding of Black women’s lived experiences of racism and biases, segregation through redlining, psychosocial stress, the disproportionate burden of social and environmental assaults and how these experiences undermine health and contribute to breast cancer mortality.

The study also sought to understand the unique drivers of breast cancer disparities in 10 U.S. metropolitan areas where the breast cancer inequities are the greatest. The results yielded Black women experience higher rates of death from breast cancer due to a combination of factors, including barriers to early diagnosis, the aggressive nature of certain breast cancers that are more prevalent in Black women (Triple-Negative Breast Cancer, for example), genetics (mutations in BRCA1/BRCA2 genes), lack of quality care, discrimination and systemic racism.

According to the report:

“Two years ago, I started experiencing my breasts inverting and having pain. I went back and forth to the doctor, and I got glowing letters from the radiologist saying that it was just dense tissue, Black women have dense tissue. Finally, in February of last year I said, ‘This is too much. I’m experiencing pain, breasts aren’t supposed to invert. There’s something wrong.’ So, I went back, the radiologist had a fit. ‘You were just here two weeks ago. You can’t have another X-ray. ‘I said, ‘I don’t care what it is. We’re going to find out what’s wrong with me.’ And so, they ordered a biopsy and at that time that’s when it came out that I was stage four breast cancer.”—Survivor

In response to the study’s findings, Komen launched “Stand for H.E.R.—a Health Equity Revolution,” an initiative to decrease breast cancer disparities in the Black community beginning in the 10 U.S. metropolitan areas where those inequities are greatest. These metropolitan areas include Atlanta, GA, Chicago, IL, Dallas-Fort Worth and Houston, Texas, Los Angeles, CA, Memphis, TN, Philadelphia, PA, St. Louis, MO, Tidewater, VA, and Washington, D.C. Stand for H.E.R., and the analysis on which it is based, are made possible thanks to the funding of Robert Smith and the Fund II Foundation.

Komen has a partnership with the American Society of Clinical Oncology’s Quality Oncology Initiative to improve the quality of breast cancer treatment at specific health facilities in the targeted communities. In addition, Komen will launch the following patient services later this year:

Stand for H.E.R. cannot stand alone. It is critical that every sector robustly addresses breast health inequities that plague Black women. The Closing the Breast Cancer Gap: A Roadmap to Save the Lives of Black Women in America report recommends strategies that focus on community and systems level change and investments to compensate in part for the systematic barriers that have been so fundamental in creating the broad disparities that Black women continue to face today. However, creating large-scale impactful change relies on the commitment of all stakeholders to move beyond the status quo and work collectively to solve this problem. We must align our efforts to achieve results and create measurable improvements.

After listening to the Black community and key stakeholders in each metropolitan area and analyzing the relevant health and policy data, Komen outlined several concrete recommended actions in the Closing the Gap report for creating meaningful change, ranging from specific interventions that organizations like Komen can employ to systemic changes that require a collective response across public and private sectors. These recommendations are intended to be a call to action for all community-based organizations, policymakers, healthcare providers, faith-based organizations, civic leaders and citizens.

Komen is launching a national dialogue to discuss these recommendations and actionable strategies to achieve breast health equity in Black women. The podcast series, Stand for H.E.R.—Uniting to Create a Health Equity Revolution, is the first of many planned activities to engage cross-sector leaders in health care, public policy and research as well as other sectors to discuss actionable strategies to improve health systems and address social determinants of health and other drivers of breast cancer inequities impacting Black women. The podcast series begins in August, followed by monthly podcasts throughout the year.

To learn more about Stand for H.E.R. and to read the reports, visit www.komen.org/health-equity-initiative.