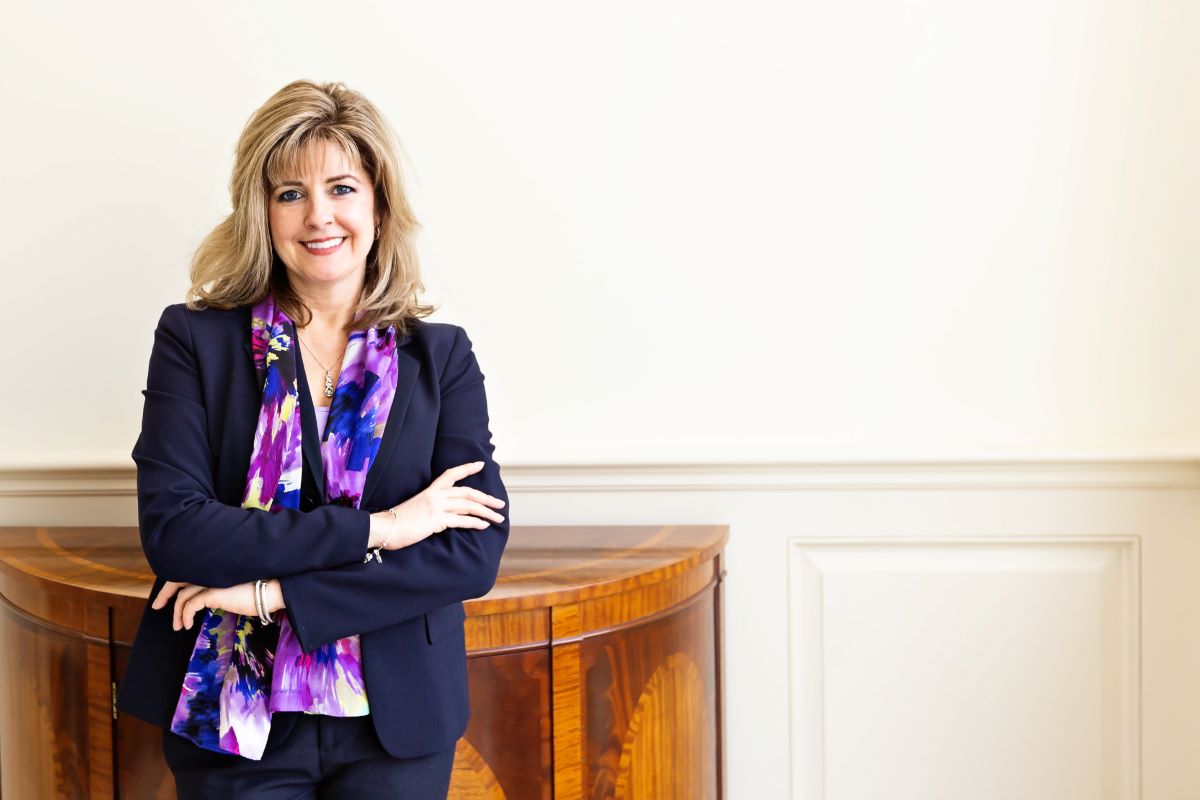 My name is Kim Hamstead and I was diagnosed with breast cancer in 2004 at age 35. I was in a meeting at work when I crossed my arms over my chest and felt a lump near my ribcage. At first, I thought it was a rib, so I felt the other side. “I’m thinking, I don’t seem to have that on the other side.” So, I went to the bathroom to examine it further and determined I was definitely feeling something that wasn’t supposed to be there.

The results of my mammogram showed that I had a lump that needed further testing. On April 27, 2004 I went in for a biopsy and had no idea what to expect, but I felt hopeful, like everything was going to be fine.

A few days later, I was sitting at my desk when I got a call from my gynecologist—that moment changed everything. I hadn’t looped him into the fact that I was getting a biopsy, but I listed him as my doctor when I had the procedure. I answered the phone and he said, “we want to make sure you aren’t taking birth control pills anymore.” I asked, “why, why would I need to do that?”

“Well it’s because of the cancer,” he said.

My surgeon hadn’t had a chance to reach out to me yet.

I immediately hung up and called my surgeon’s office. After profusely apologizing about the way I was told, he confirmed the diagnosis. He then told me that I would need a lumpectomy. It took me a moment to realize that this was real cancer in my body.

When I went in and met my care team, they told me that after the lumpectomy we would need to determine if I’d need radiation or chemotherapy. They said that if I needed chemotherapy it could put me into early menopause.

I had yet to become a mother. I was married at the time and our first years of marriage were a bit tumultuous, so we hadn’t started trying to have kids. I remember in that moment thinking, “in all the years that we’ve wasted trying to sort through our relationship, I may have just blown my chance at having a child.”

Six months later, after I finished radiation and with no evidence of cancer, my doctor told me that I wouldn’t need chemotherapy, I could bypass Tamoxifen and try to get pregnant.

I’m happy to share, that I am the mother of a wonderful 14-year-old son. I feel blessed beyond measure! When he was younger, we would participate in cancer walks and I remember carrying him through the survivor portion, being so thankful for the second chance I had been given at being a mom.

My care team told me that if I had been diagnosed eight years earlier, without the research and knowledge that we have today, they would have taken my breast.

This research changed my life. Without it, I would have undergone chemotherapy and likely early menopause. Without it, I wouldn’t have been given the chance to have my son. When I think about what Komen is doing through research, I know that it is truly changing the outcome for a lot of people.

Bank of America is in the business of helping people. We want to help people achieve not just their financial dreams, but all of their dreams. As a long-time employee of Bank of America, I have seen firsthand the investments Bank of America makes in people and their communities. They don’t see everyone as just an employee, they see the heart within them.

With breast cancer being the most common cancer among women in the U.S., it has touched so many in our workforce. Bank of America recognizes this and the difference that Komen is making in the fight against breast cancer – lives saved, breasts saved, quality of life changed. You see the tangible differences that have been made and you know that the dollars are making a difference. When I look at all of this, I wonder, “why wouldn’t you support Komen?”

*Hamstead is SVP, Affinity Marketing at Bank of America, and a Breast Cancer Survivor