Giving Back to Komen as Thanks for Finding Community 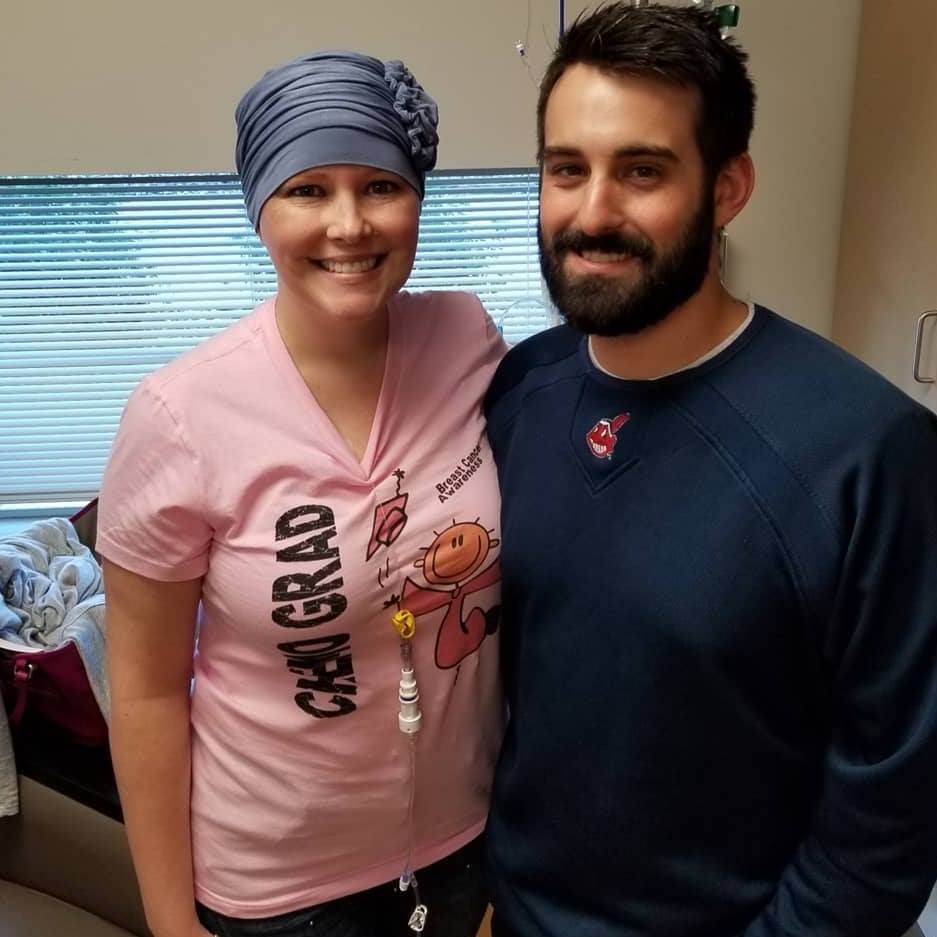 In 2018, Kristen Siskind was diagnosed with stage 3 triple negative breast cancer. She and her husband, Adam, were newlyweds, married just nine months.

“I was only 30. I had no family history,” Kristen recalled. “I had a mammogram, an ultrasound, four biopsies. When they called to tell me I had cancer, I just fell to the ground sobbing. I was overwhelmed.”

Kristen underwent chemotherapy, a lumpectomy and radiation therapy. “It’s been three years,” Kristen said, “and my scans continue to show no evidence of disease.”

Shortly after she was diagnosed, a friend formed a team for their local Susan G. Komen MORE THAN PINK Walk. “Before my diagnosis, I didn’t really know a lot about breast cancer. I knew what Komen was, but I didn’t know the statistics,” said Kristen. “I didn’t realize one in eight women (in the U.S.) would be diagnosed with breast cancer in their lifetime.”

At the Walk, donned in a survivor shirt and a turban because she’d lost her hair, Kristen was surprised at how many people approached her. “People just came up and told me I had this, there were 20-year survivors coming up to me. There were young people, my age. I had a month of chemo left, and that support really got me through it,” she said.

As Kristen finished that first walk, a feeling of community came over her. “It was the motivation I needed, these women coming up to me, supporting me, and that’s when I decided—why wouldn’t I do this? Why wouldn’t I support other women who are newly diagnosed?”

Early on in her treatment, Kristen realized she was relatively lucky—she had a strong support system, health insurance and a job that understood and accommodated what she was going through. “Not everyone has that,” Kristen said. “Not everyone is fortunate. I don’t know what I would have done in that situation.”

Over the past four years, Kristen’s Walk team has helped raise more than $20,000 for Komen, as well as volunteers with them. “I’ve listened to women who have lost their jobs or couldn’t pay their rent or buy holiday presents, and it means a lot to know that money we’ve raised is helping someone going through treatment,” she said. “I love the Komen mission. I love what Komen is doing for people who have breast cancer.”

Thanks to the community Kristen has found through Komen, she is committed to advocating on behalf of others, of making sure they’re aware of the work Komen does on behalf of women and men undergoing treatment for breast cancer. “Breast cancer sucks,” she said candidly. “But I decided I was going to do something with it.”