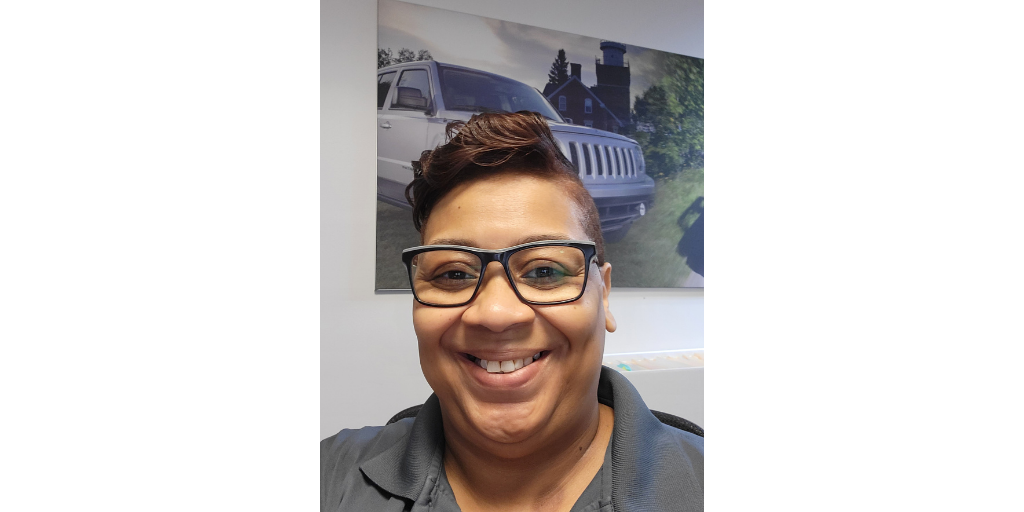 This is Antoinette Barber’s story in her own words.

In July 2020, I went for my routine mammogram in the midst of the COVID crisis, thinking nothing would be wrong because I go every year. Two days later, I got a letter from the imaging center explaining more testing was needed. I thought, oh no, but let’s do this, maybe it’s nothing. A month later, I had a second mammogram and sonogram done. I knew something wasn’t right—the person doing the sonogram had a funny look on their face. The sonogram showed three masses and one lymph node infected. A week later, I’m back at the doctor office for a biopsy. And once again, it’s written all over the faces of the people in the office.

My biopsy results came back on August 19, 2020: You have breast cancer. These are words I didn’t want to hear. I received this news at work and it was the longest drive home. My first thought was about my three children—I’m a single mother. But I had to pull it together before I walked in the house.

If it wasn’t already moving fast, now everything started going even faster. First, I had to find a breast surgeon, oncologist, reconstruction doctor and a gynecologic oncologist surgeon. Once I had my team, it was let’s get started. I met with my breast surgeon. My head was still in a fog, but we jumped in. She broke it down to what type of breast cancer I have—ductal carcinoma in situ/invasive lobular carcinoma stage 1. Hold up, break it down please lol. What did it mean? It meant the tumor cells are within the lining of the duct, and the tumor cells have grown into the surrounding tissue.

The levels of emotions I was experiencing at that time went from being happy it was caught early to thinking, well, now what? The WHAT for me was surgery. But before that I needed to see every doctor on my team. So much poking and prodding, but I had to do it.

I also had genetic testing done since I didn’t know of any family history of breast cancer. Then another bombshell drops with genetic testing: I carry the BRCA2 gene mutation

In my mind, I thought, Lord make it stop!

For my treatment, BRCA2 is a game changer. Because instead of just one breast being removed during surgery, I have to decide whether to have both breasts removed. So YES, take them both. Who wants to do this surgery twice? Not me.

In December, I had my first surgery to remove both breasts. This day was special because it was my older brother’s birthday, who I no longer had with me on earth. He was there in spirit. Because of COVID, I had to be dropped off at the front of the hospital. This process has been so lonely from the start, but I can’t turn back now.

Later that month, I had my second surgery, a full hysterectomy. Because the type of breast cancer I have is estrogen driven, everything had to be removed. In January, I had surgery number three to remove the tissue expanders in place to prepare for the reconstructive surgery.

Next, in February, I started radiation. For six weeks, I was on a table having radiation. Today, I am currently showing no evidence of disease.

Two of my children, a son and daughter, are over 18 and underwent genetic testing. My son doesn’t carry the gene mutation, but my daughter does. There’s a 45—55 percent chance she will develop breast cancer, a 10—30 percent chance of ovarian cancer. Gut punch again. But I have to be strong.

My advice, whether you’re a younger woman or a seasoned woman, get your mammograms yearly. That couple minutes of pain can save your life. Genetic testing should be done as well when you aren’t sure of your family’s history. This is especially important for Black women.

Please do your mammogram yearly. It can save your life.