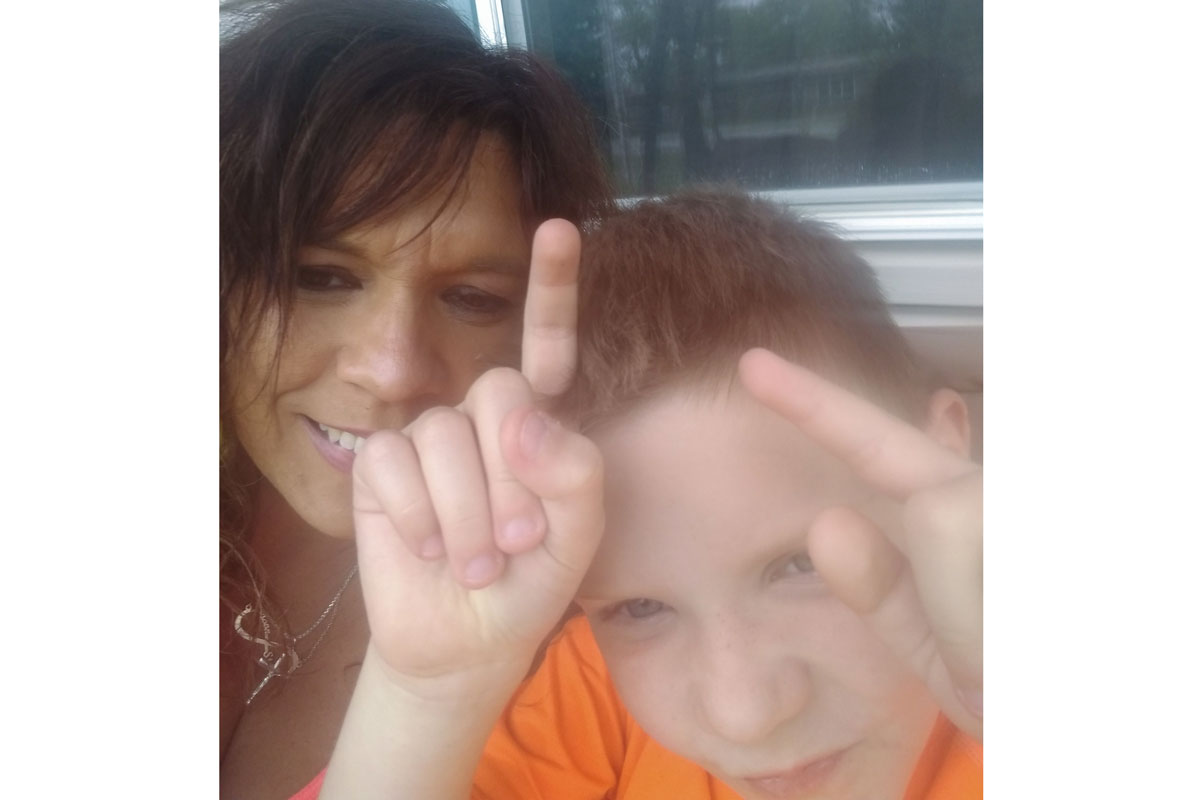 On May 4th I had to have my husband, Jason, and youngest son, Dylan, drop me off at the hospital to have a breast biopsy. The hospital called three days later asking me to come in on Friday, May 8th, the beginning of Mother’s Day weekend.

My husband could not take off work with so little notice. So, I had to go alone. Wearing a mask the entire time, I see two ladies dressed in red walking to the closed doors. A minute later, my name is called to go back to the patients’ room. This entire time my best friend Trish is texting me. Trish’s son has brain stem glioma, and she knew I had cancer, even before I did 🙁

In the room I was greeted by the two women in red who are breast cancer advocates, and then the doctor walks in. He had told me he has the results from my biopsy.

With compassion and bedside manners, he tells me I have stage II invasive lobular carcinoma. At that point tears are running down my cheek, with a mask on. I’m speechless and shocked.

I am a volunteer coordinator for a hospice company, so I am used to dealing with death and dying. But it’s a slap in the face when it’s YOU!

I kept it together, gathered all my paperwork they gave me, and got in my car. I then jammed the stereo to Metallica’s “Nothing Else Matters.” I cried my eyes out, wondering how I am going to tell my family.

My husband lost his dad in 1999 to lung cancer. So, it was difficult to lean on him and stay strong at the same.

Friday evening when Jason walked in our house, he asked, “Are you ok? Is it serious? Is it cancer?” I wanted to cry and scream. His expression was, “You’re not dying?” I smiled and said, “I’m gonna be fine.”

Like a strong woman, I was scared as hell. But I didn’t want him to worry. He just grabbed me and hugged me and held me. We told his son, who is 22 years old, over the phone. His response was, “You can fight this.”

I called my 16-year-old son who lives with his dad. I told him that I was gonna be ok, and not worry.

My 7-year-old son, Dylan, had been asking what’s wrong. He is a hugger and I would have to tell him be gentle that “Momma’s bobbies hurt.” We told him there is some yucky stuff in my boobies and the doctor needs to take it out.

Later that evening one of my three older sisters called. She’s a nurse and I told her that I had invasive lobular carcinoma. She helped me tell my other two sisters.

It turns out I have to have a double mastectomy and breast reconstruction surgery. My first surgery is scheduled for June 26. I am relying on God for strength and have a great support group with family, friends and work to rely on. Without Jesus by my side and walking with me through this journey, I would be lost.

I’m a cancer warrior. I say that because right now I am fighting this cancer battle. And when I kick its butt, I will say I’m a survivor.