Be Vigilant about Breast Cancer and Breast Health 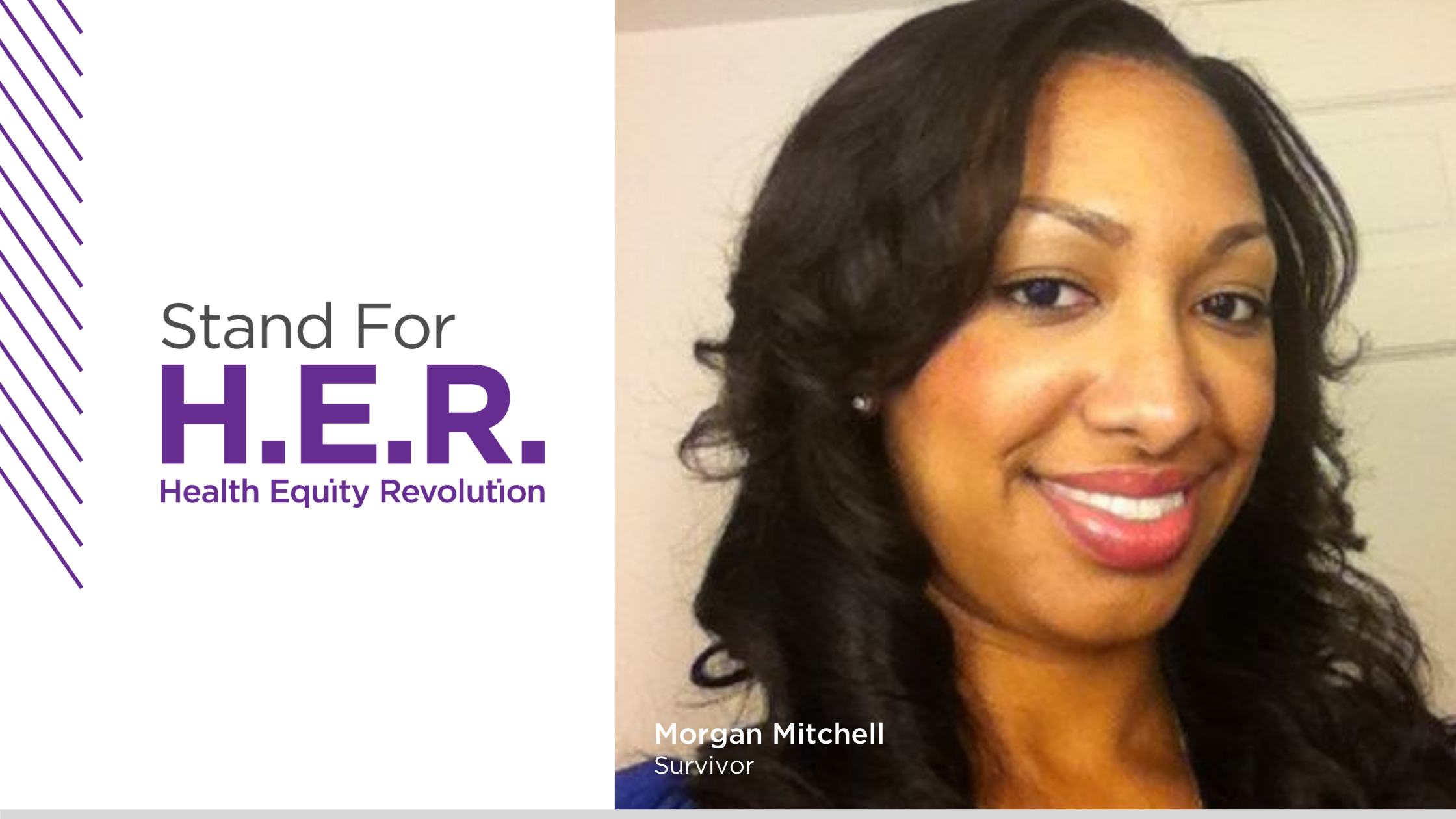 A survivor urges Black women to ‘be vigilant’ about breast health

Her breast cancer was caught early, at stage 1. Her obstetrician-gynecologist and breast surgeon, both Black women, and a large support network of friends and family regularly boosted her spirits, offering constant reassurance.

Meanwhile, her treatment—which included a lumpectomy, chemotherapy, radiation therapy and targeted therapy—is on track to be completed this month.

Additional testing and diagnostic scans determined the breast cancer had spread to a lymph node and was triple positive. She received targeted therapy at the same time as the chemotherapy and was treated with hormone therapy to help prevent recurrence.

She wasn’t always feeling so optimistic.

One night she felt a lump in her left breast. She didn’t give it much thought until the next day when she felt it again.

Five days after the mass was biopsied, her surgeon told her she had breast cancer. She later learned her tumor was HER2-positive, ER-positive and PR-positive.

Her lump was large and growing fast.

Morgan felt blindsided. She had expected the summer of 2020 to feel like a new beginning.

She had just wrapped up her dissertation and successfully defended her thesis. Now her self-confidence and sense of accomplishment were morphing into doubt and uncertainty.

“I graduated and got diagnosed the same month,” says Morgan, 36, who earned her doctorate in biochemistry in August 2020 from the University of Texas.

Undergoing treatment in the middle of a global pandemic, before the availability of vaccines, ramped up the fear factor.

“I leaned on God a lot,” she says. “I never prayed so much in my life. It was hard but I had to trust Him. My faith was tested, but my faith got stronger.”

She was living with her mother at the time, who cooked, cleaned and did whatever was necessary to make life easier for her only daughter. “She was amazing,” Morgan says.

Fortunately, Morgan had health insurance and didn’t face financial barriers to care. It also helped that she has a science background and her mother is a retired nurse. While she didn’t seek Susan G. Komen® resources at the time, she was glad they were available if needed.

She doesn’t think breast cancer has ever been diagnosed on the maternal side of her family, but her paternal grandmother and an aunt both had it.

It’s important for Black women to be vigilant about breast cancer and breast health, she says. “Breast cancer affects us disproportionately. We have more aggressive breast cancers, and we’re dying at higher rates than white women. That’s the reality.”

That’s why Black women must become their own advocates, she adds, stressing that young women should be taught to notice changes in their breasts and talk with their doctor.

“Right now, the guidelines are largely based on research and data from white women,” she says. “Black women haven’t always been treated the best in research, so it makes sense that we are reluctant to participate. But breast cancer can’t be cured or treated without data.”

As a scientist, Morgan values the role of research. She was recently hired as a product manager for a Massachusetts life sciences technology company. Leaving Texas, she’ll be experiencing the changing seasons for the first time, especially the flaming colors of fall, the icy wonderland of winter and the fresh beginnings of a new spring.

“It’s kind of surreal, because last year I was excited about starting my professional life, and then I got hit with the cancer diagnosis,” she says. “But this time around, I’m even more excited because I have so much to live for. And I’m just so grateful and thankful to be here and, in a sense, to have a second chance.”