A Small Lump Is Still A Big Deal 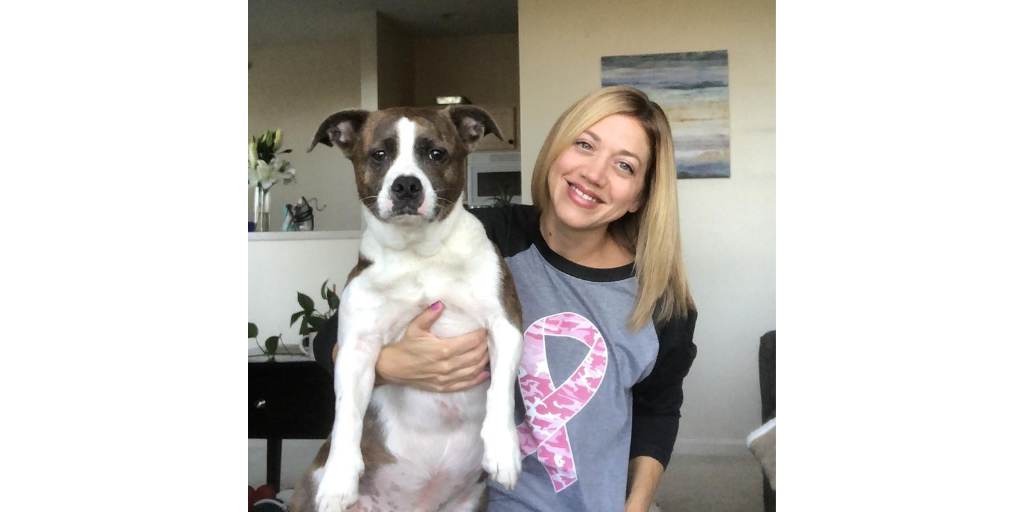 On August 16, 2019, I found a small, hard lump in my breast while I was changing after work. It wasn’t like anything I’ve ever felt before, and while I was concerned, I wasn’t able to have it looked at for several more weeks.  After my first mammogram, I was brought back the next day for biopsies. While it was quickly determined that it was likely cancer, it would take two more days for the pathology to come back and confirm.

Those two days were some of the worst I’ve ever experienced – trying not to hold on too tightly to the small chance that everything would be fine and also trying not to focus on all of the horrible things going on in my head. I didn’t talk to a lot of people over those couple of days – just close friends and family – because having normal conversations about mundane things just wasn’t something I could maintain. In fact, after my biopsy, I went to a grocery store with my mom and when the cashier asked how my day was, it was all I could do to not cry right then and there.

I shared [my likely diagnosis] with a small circle of family and friends, and honestly, it was like a pressure release to say the words. While I didn’t get to tell a lot of people actually in-person because of how quickly things escalated, I did personally tell those that I wanted to know with calls or text messages. I also shared with my team at work, because I knew that I was likely going to be in and out for awhile, depending on my treatment plan. I didn’t know what the future held, and I just wanted it all laid on the table. Having that small group of confidants was amazing during that time. Two days later, on October 4, 2019, it was that much easier to share the official news of my diagnosis with that close circle – Stage 1 invasive ductal carcinoma. There was still so much to do to determine my treatment plan, but the confirmation eased my mind a bit – now, at least I knew for sure.

A couple of weeks later, after my initial meeting with my surgeon, I decided to share publicly through a post on social media, and I want to share why I decided to do this:

While I wasn’t surprised by the support that rolled in, I was surprised to find out how many of my friends had gone through similar situations and kept it very close. It made me a little bit sad to know that I was unaware of what they had gone through. I wish I could have supported them. Many of them also became my closest allies during this time, and we still check in with each other regularly. Because people know a bit about my story, I have also been able to help talk people through their first mammogram and any follow-ups.

I’m really proud of all of my friends that told me that they made themselves a priority and decided to seek medical attention for something because of my post – related to breast cancer or otherwise. However, there was one person who accused me of sharing strictly for likes on social media, so yes, there still may be some haters out there, but don’t let them stop you from doing what feels good for you. This person was one out of hundreds who sent messages of support. I wouldn’t have done it any other way, and I still plan to use social media to regularly remind people to do self-checks and be advocates for their health. You just don’t know who needs the comfort of knowing that there is someone out there to talk to.