5 Things Every Man Should Know About Breast Cancer 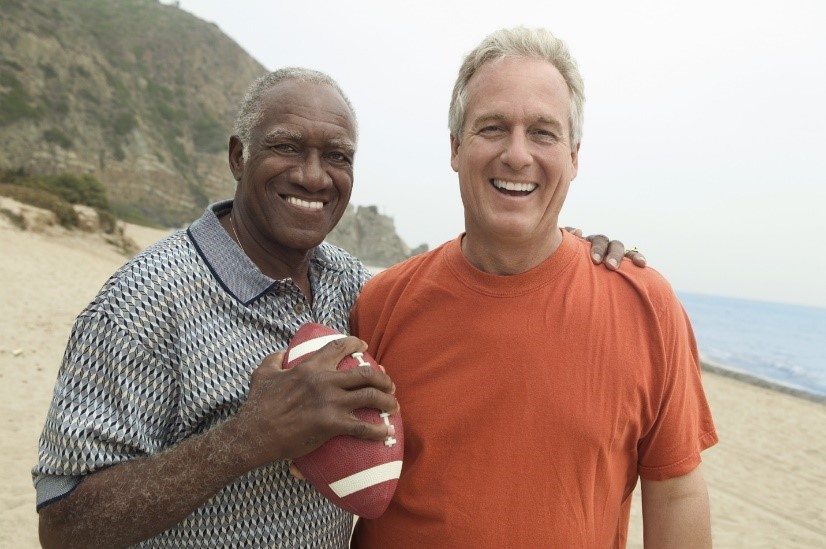 Glen Forbes’ grandfather was, without a doubt, a man’s man. At 6’3”, he had the physical strength, stoic nature and stubborn streak so often ingrained in proud old military men.

“He didn’t believe in going to hospitals,” Forbes said. “He always thought of it as being experimented on.”

So, for longer than most of the family realized, Forbes’ grandmother acted as her husband’s medical caretaker. Each day, she carefully cleaned and packed sterile gauze into a quarter-sized hole in her husband’s chest.

“She never said a word,” Forbes said.  “We didn’t know until after she passed away.”

When his grandfather died, the death certificate finally confirmed what the family suspected but had never truly known.

“It clearly spells out he died of breast cancer,” said Forbes. “He never talked about it. Back then, nobody did.”

Breast cancer occurs in men. In fact, about 2,670 new cases of breast cancer will be diagnosed in men in the U.S. before the end of this year. And 500 men are expected to die from it this year, too.  Men may be less likely to know the signs and symptoms of breast cancer, which results in them being diagnosed with later stages of the disease. Here’s what every man needs to know about breast cancer. 1. Breast cancer in men usually occurs between the ages of 60 and 70.

Older age is the most common risk factor for men. Although other factors have been found to increase breast cancer risk, most men who are diagnosed have no known risk factors except for older age. 2. Among all men, black men have the highest incidence (new cases) of breast cancer.

According to the most recent data, black men are diagnosed nearly twice as often as Caucasian and Hispanic men and almost three times more often than Asians and Pacific Islanders. Black men are also more likely to die from breast cancer, compared to white and Hispanic men.

3. Look for a painless lump or thickening in the chest or armpit. Any change in the chest area or nipple is cause for concern. Men should look for skin dimpling or puckering; nipple retraction, inversion or discharge; or a red, scaly rash on the nipple or chest skin. Any of these conditions deserve a closer look from a doctor.

4. It’s recommended that men know and understand their risk.

Some men have a higher risk for breast cancer, such as those with a strong family history or an inherited BRCA1 or BRCA2 gene mutation. Up to 40 percent of breast cancers in men may be related to BRCA2 mutations. For this reason, men diagnosed with breast cancer are usually recommended to have genetic testing for BRCA2 mutations.

5. Annual exams can save your life.

Some men may feel embarrassed about a change in their chest area and put off seeing a doctor. But survival is highest when breast cancer is found early and treated. For men with a genetic mutation, the National Comprehensive Cancer Network recommends a yearly clinical breast exam starting at age 35. But if you notice any of the signs mentioned above or any other changes in your chest area or nipple, see a doctor.

For those diagnosed with breast cancer

Susan G Komen offers free six-week telephone support groups to provide a safe place for men with breast cancer to get information, exchange support and discuss their challenges. If you or a loved one needs more information or support, call 1-877 GO KOMEN (1-877-465-6636) or email helpline@komen.org.